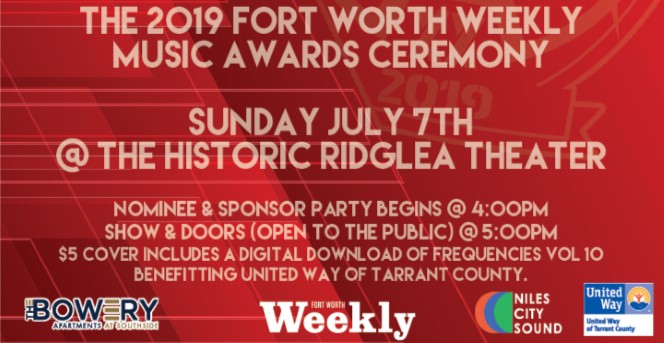 1) Lots of shit to do on Wednesday! There’s a hip hop/rap show at MASS tonight, organized by No Hope for Alderaan Productions. The headliner is SF Bay Area/Eugene, OR-based MC Landon Wordswell, headlining the Prayer Hands Tour along with Chicago’s Clever One and Infinite Skillz, who come from some place called Woodbridge, Virginia. Local openers include Brujo, JQ Ryder, King Genesis, Floetic Desire, and Skylife Dank. I’m tempted to just leave the locals unlinked, because I’m pretty fucking tired of having to search for local hip hop artists who often go by names that are invisible to search engines or don’t have much of an online presence, both of which are pretty common occurrences and frustrating for several different reasons. If you want to know why unlinked artists names in Facebook invites really grinds my gears, I could probably be baited into ranting about if we talked about it in person. But due diligence being what it is, HERE ARE LINKS TO THE LOCAL ARTISTS ON THIS SHOW: Brujo, JQ Ryder, King Genesis, Floetic Desire, and Skylife Dank. Here’s a recent Clever One video:

2) Also on Wednesday: Coheed & Cambria and Mastodon are at the The Pavilion at the Toyota Music Factory in Irving on Wednesday night. The show starts at 6:30, and tickets appear to top out at around $80, with the cheap seats going for about $30. Tickets are available at www.livenation.com. Holy shit, just saw that Mastodon’s Crack the Skye is 10 years old this year. Add that to the list of things that make me feel old! Here’s the video for Crack the Skye’s “Oblivion.”

3) If the metal show listed above is too expensive for you and doesn’t have enough bands on it, Diamond Jim’s (305 N Great Southwest Pkwy, Arlington/Grand Prairie), has a five-band bill – it’s on Wednesday — that only cost $10. Starting at 8:30 with locals the Killer’s Vision, the show also includes local band IH8 at 9:15, followed by three touring acts: A Feasting Beast (Orlando, FL) at 10:15, Reign (Austin) at 11, and Convalescence (Toledo, OH) at midnight. Free parking, all ages. This is a brand-new Convalescence video:

4) On Thursday, catch Frighten Your Dog, Burnt Frankfurters, and Blow Your Fucking Fingers Off on various parking garage rooftops and along frontage roads, at block parties, and in parking lots, backyards, and other patches of itchy grass and dirt located in and around Fort Worth, as we celebrate Independence Day by simulating the shock and awe of an 18th-century artillery attack. America, FUCK YEAH! and if you think it’s tacky to read the F-word so many times in an online news publication, I’d like to remind you that those fireworks that you’ll be oohing and ahhing and looky-that-one-praise-Jesus-ing-about on Thursday night are in celebration of my (and your) First Amendment rights. Try as they might, Orange Ghoulius and his loyalists have not yet abolished freedom of speech, freedom of press, freedom of assembly, and freedom of religion; like that cheesy country anthem says, the flag still stands for freedom, and they can’t take that away. Have a great Independence Day, don’t drink and drive, and for goodness’ sake, wear goggles if you’re going to shoot Roman candles and/or bottle rockets at each other. Fireworks are hella fun:

5) The FW Weekly Music Awards are on Sunday at the Historic Ridglea Theater, with the nominee and sponsor party starting at 4pm and the general public occasion kicking off an hour later – there’s a $5 cover for non-nominees, but that includes a download card for the latest awards compilation entitled Frequencies Vol 10. As a critic, I’d be lying if I said I liked all of the songs on it, but for the most part, it’s probably the best one in years, and there’s more or less something for everyone on it, and apart from being a nice bonus for a fun party, all the proceeds go to the United Way, which is really what make these awards more than a mere celebration of being in local bands. Pls attend! This video, entitled “WAR PARTY FINALE @ FW WEEKLY AWARDS. SUPERGROUP!!!!,” is from 2012. How have things changed for you in the past seven years?