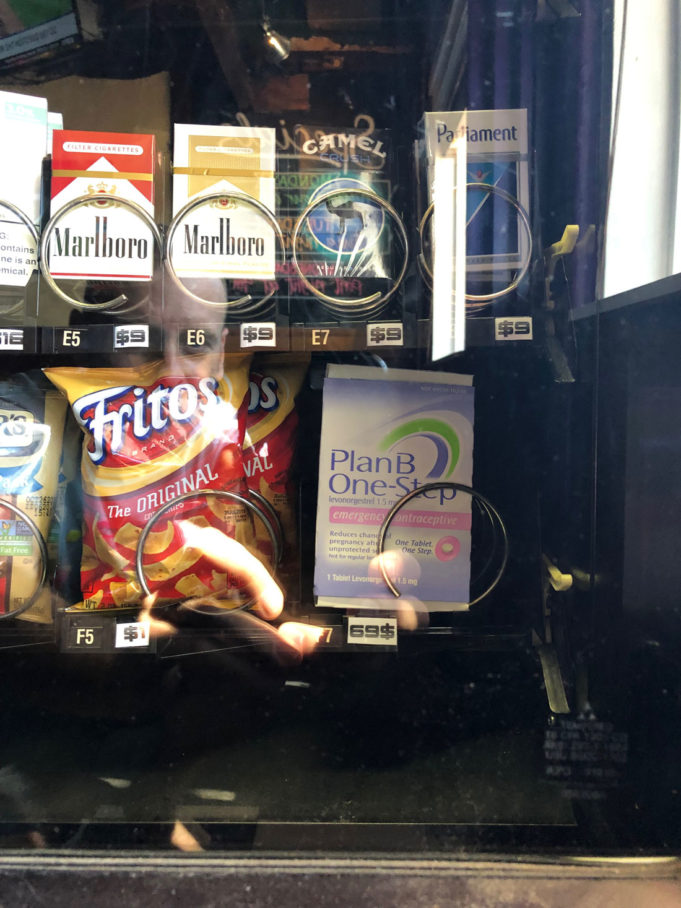 I first set foot in the University Pub 20 years ago. It was in August of 1999, the summer I turned 21, right before classes started at TCU. For the next few years, the bar would be the setting for some of my giddiest highs and cringiest lows, across a litany of drunken episodes running the gamut between hilariously triumphant and indisputably lamentable. Balls were busted and noses were tweaked as pitchers were drained and livers were pummeled. I remember perusing the wall of Polaroids that first night, drinking in the drunken revelers who’d been regulars before my time, and I watched with pride as the months turned over and pictures of my own social circle began to fill a section of wall, blurry weekend by blurry weekend. By blurry weekend.

I raised beers at the Pub on a warm night in May of 2000 to celebrate my diploma. Some 17 months later, on a similarly warm night, I stared at the bottom of a glass in grief because that morning I’d watched the Twin Towers crumble into history. I could go on and on, kicking the can down Memory Lane, a stroll rowdy with laughter and clinking glasses, of jukebox singalongs to Bocefus, Buffett, and Mr. Bojangles, and Jerry Jeff, Def Leppard, and Robert Earl Keen, to boot. I was young. For all I knew, the road did go on forever, and the party would never end.

It’s 2019, however, and the Pub is still around, and so am I, and we’ve both changed, even if we’re still the same. I guess I’m supposed to tell you about what’s new at the Pub, because it isn’t exactly how it was when I was young, but Susie Geissler did that two years ago, and her eye for detail is better than mine. To sum up her words, a remodel opened a pair of street-facing windows, which fill the room with daylight and the perception of increased space. Flat-screen TVs hang from just about everywhere your gaze wanders. There’s a pretty good selection of craft beers, now, and the exterior benefited from a paint job of purple and white. More recently, the owners added a small patio, and there’s a vending machine that sells Plan B morning-after pills for $69 beneath the row of cigarettes and next to the Fritos. I think that’s hilarious, but it’s also incredibly useful.

The Pub hosts Geeks Who Drink Trivia every Tuesday night, and this is also something I’m supposed to write about. It’s not exactly news, because they’ve had a trivia since the 2017 remodel, but there’s some beef with Buffalo Bros next door, who started their own trivia challenge on the same night. Honestly, I couldn’t care less about this rivalry. Trivia is all over the place, all week long. If the Pub’s game is full, go next door, or to Lone Star Taps and Caps, or the Flying Saucer, or,  if it’s a Wednesday, Off the Record. Or Fort Brewery if it’s a Thursday. Proper has trivia on Monday, too. Most of these trivia nights are run by Geeks Who Drink, because they’re a big company and trivia night is its business. If a trivia night isn’t run by GWD, it probably still follows that model. In either case, if you Google the answers, you’re a shitty person. Ditto if you throw up inside a bar.

I bring that up because while I didn’t barf behind the electronic dart machine that was in the Pub’s front section, a friend of mine did, and, boy, was I embarrassed when that happened but not as much as I was when I had a Bud Light-fueled meltdown over a breakup during the winter of my senior year. That was a different kind of barf, made out of bilious feelings rather than, you know, actual bile.

Thinking about the Pub makes me nostalgic and melancholy, and I don’t like the taste of either. But on the odd occasion that I pop in there, the murky shades of sadness scatter like roaches beneath the glare of kitchen light. I can sit at the spot at the bar by the wall that separates the main room from the pool-table side and take a mental trip without falling into the despondency borne by the passage of time. I think it’s because of those windows, because they remind me that change is good, especially when the best parts of you are still the same. And when the 21-year-old sitting near me returns to the Pub in his 40s, I hope there’s something new for him to chase his blues away with.