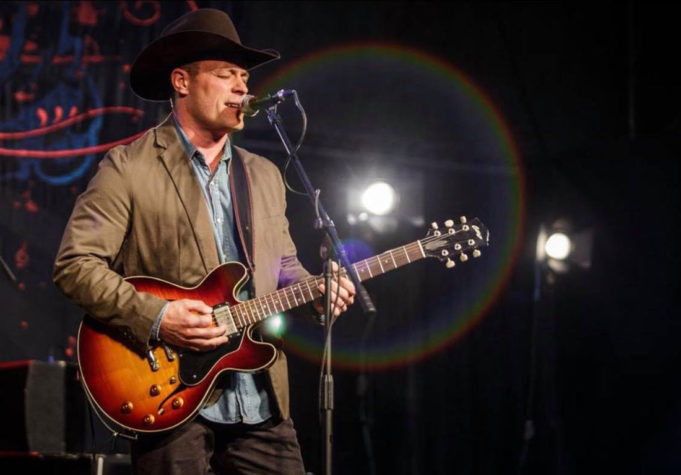 Area bluesman Seth James has a new album called Good Life out this Thursday, and this is my fourth attempt at writing about it. It’s not that I couldn’t get into what I heard. It’s just that my first draft couldn’t escape its beginnings as a riff on the dubious monetary value of music publicists, and from there, the next two drafts coated the snark in that original narrative tack with increasingly cynical layers of vitriol until it was less a poisoned barb and more a rusty battle axe dripping in radioactive waste. In a column that should wrap things up by the time the 600th word topples forth, waxing bile-sophical for 300 words about something other than the artist is at best unprofessional and, at worst, the inciting incident for me to start a blog, as if it were 2007 and I had meaningful things to say. So instead, here I am, after three failed attempts to be a pro who doesn’t waste his time barfing his ego and personal grievances onto a WordPress template, digging through a publicist’s email to inform you, appreciators of local musicians et al, about a multitalented songwriter with a stacked resume who has a pretty solid slab of twangy, upbeat blues-rock for your listening pleasure.

Besides sifting through the detailed backstory in the press material, I watched a live video of James and his band play Good Life’s title track live on the Texas Music Scene. Prior to the performance released on YouTube a couple of weeks ago, James talks about how that song set the tone for the rest of the album and how he wanted the whole thing to be “upbeat, positive, feel-good, based on groove.” Then he and his backing crew launch into the song, which turns out to be as buoyant as advertised. Over a bouncy electric piano and crisp, dare I say funky, backbeat, James ambles into his musical thesis. “Slow to learn,” he sings, “I just crash and burn / Never quite the winner / I was free to lose / And lived the blues / But choose to make things better.” That’s a message I can get behind, especially when it’s delivered in a vehicle that sounds like Steve Winwood playing a country song.

The publicist sent the album in a private Soundcloud link, so I gave the whole thing a listen. Though “Good Life” is definitely the top track, I found myself digging the overall vibe. James is clearly a fan of Delbert McClinton (and, according to the backstory in the PR “assets,” he’s “shared the stage” with him, as well as with Little Feat, Buddy Guy, ZZ Top, Billy Joe Shaver, and lots more who fit into that Spotify playlist). James’ sound generally draws upon the same energy found in a song like Don Henley’s “Dirty Laundry,” minus the ’80s bombast and Henley’s assiduously cultivated brand of unlikable assholery. James is certainly likable, and he’s also a helluva songwriter, effortlessly blending his Texas roots with groove-heavy blues and blue-eyed soul. James was born here in Cowtown and grew up in West Texas ranch country under the auspices of his honky-tonk piano playing grandfather, Tooter Boatman.

He is helped by legendary producer (and James’ personal hero) Kevin McKendree (Etta James, Little Richard) and session guitar wizard Bob Britt. Judging by the way James’ voice steps into these songs, you can tell this music comes straight from his heart, filtered only by his rock and soul influences. Though James wrote and recorded Good Life with McKendree at the Rock House in Franklin, Tennessee, the record is Texas music through and through, at home on a shelf between classics like Texas Flood and ¡Viva Terlingua!, yet it sounds new enough to appeal to fans of Gary Clark Jr. or Quaker City Night Hawks. While my recommendation doesn’t carry the gravitas, pomp, or circumstance of some PR flak’s official email, Seth James’ new album merits a listen or three, and that’s a sentence I needed to draft only once.