Texas’ “pro-business” state legislature finally got the hint and recently passed legislation that will allow Lone Star State breweries to sell beer to-go starting September 1. It’s about damn time. If you’re pining to buy fresh beer from the source, here’s what our local breweries have planned for the upcoming week.

From Rahr: Celebrate beer history at North Texas’ original craft brewery! Our Beer To-Go Launch Party will be held Sunday, Sept 1 followed by a week of special featured beers. We have new exciting things happening at the brewery along with beer to-go. Going forward, our taproom will now be open four days a week! Along with sixers to go, we now have crowlers available for filling all your favorite Rahr beers! Visit the event page here. 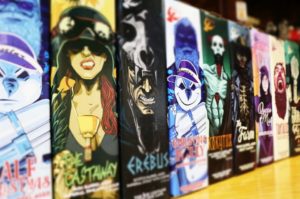 From Martin House: Our taproom, The Riverside Lounge, opened its doors roughly one year ago. On Sept 1, 2019, we’ll celebrate by offering to-go beer for the first time ever from the brewery. 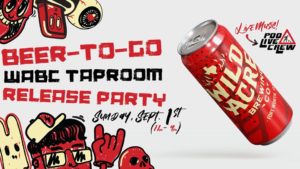 From Wild Acre: Get hyped! Sunday, September 1st from 11am to 4pm, we’re throwing a party for the “Beer-To-Go” law that was passed recently this year by the Texas Legislature. Starting September 1, you can buy crowlers, fill growlers, mix and match six-packs, or a whole case of our Texas Blonde right from our taproom. Also, we will be releasing a new beer in six-packs that you can only get in the WABC taproom. Visit the event page here. 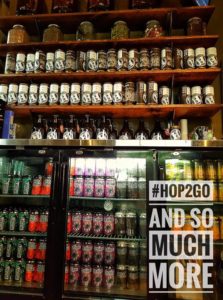