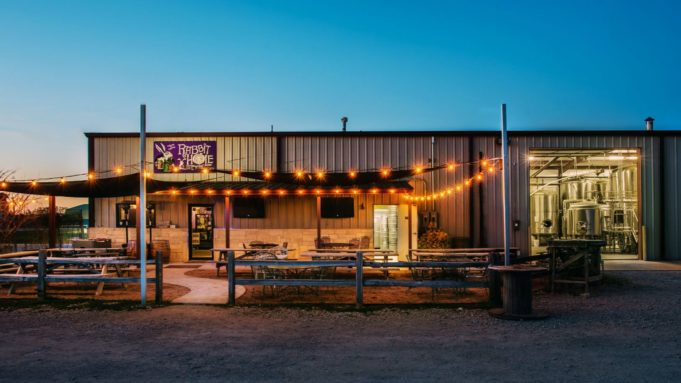 The brewery that conjured up popular beers like Rapture Fusion Brown Ale and Mike Modano’s 561 Kolsch-Style Beer recently announced that it will cease brewing operations on September 6.

“It is with heavy hearts that Rabbit Hole Brewing has decided to close our doors,” the Justin-based brewery recently said through a press release. “We did not make this decision lightly. A number of factors have led to the necessity of this action, but the bottom line is that the business can no longer support itself in its current form.”

The news will certainly be met with surprise and disappointment from Rabbit Hole’s many fans. The brewery was one of the first topics I wrote about through the Weekly’s craft beer blog four years ago. In 2015, I chatted up brewer Matt Morriss about his then-new venture. He joked about how beer festival revelers asked if Rabbit Hole made any beers that taste like Coors Light. Rabbit Hole Brewing was just beginning to can their beers for distribution across the region at the time.

“We would first and foremost like to thank our families and friends for their unwavering support,” the press release continued. “We would also like to give a special shout out to our fans and the North Texas brewing community. It’s been a wild ride, and it would not have been the same without our friends and colleagues. We have built a family in the craft beer community, and we will miss everybody dearly.”

I’m sure I speak for most Fort Worthians when I say that Rabbit Hole Brewing made some damn fine beers. The brewery tours and events were always on point, and the brewery truly embraced the communal calling that the craft beer movement has embodied. Before everyone gets too down, Rabbit Hole is hosting a few last shindigs: September 6, 7, 13, and 14.

From Rabbit Hole: Business operations will cease as of September 6. We will be closing our doors, but first… let’s drink some beer! Our taproom will remain open September 6-7 and September 13-14 to give everybody a last chance to stop by and have a beer. We’d love to have a pint with everyone that we have shared this journey with. Please join us Friday or Saturday night for the next two weekends and enjoy discounts on merch, beer-to-go, and beers on draft.