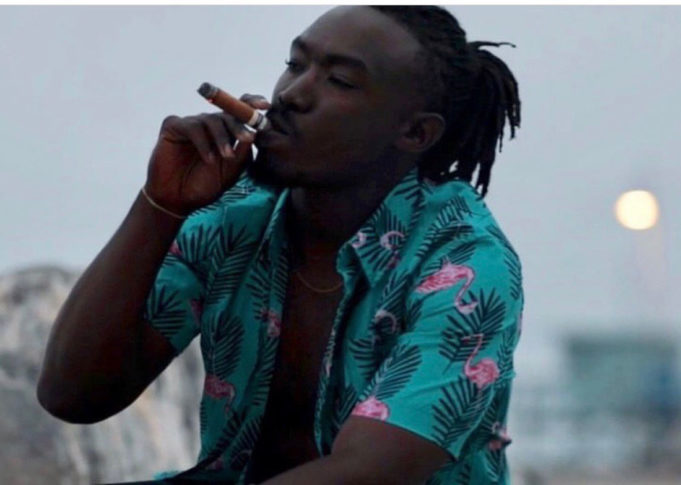 For those in the know, it’s an understatement to say the Fort Worth hip-hop scene is experiencing a boom right now. Texas as a state has been gaining national fame as a rap hotspot for a decade, but most of that attention has been lauded on larger cities like Dallas and Houston. If there’s any justice in the world, that will soon be changing. Over the last couple of years, the emergence of freshman artists like Clay Perry, Lou CharLe$, Wrex, Juma Spears, and Solar Slim, coupled with continued quality output from longtime scene vets like Smooth Vega and Dru B Shinin’, has allowed Fort Worth-based hip-hop to begin to define its own identity.

Despite differing sounds and approaches, there’s a common thread that seems to be tied to many of the rappers in our city. Largely distancing from the standard (and eye-rollingly boring) stereotypical lyrical braggadocio associated with the genre –– played-out, barely intelligible bars about exaggerated sexual prowess, gratuitous jewelry, and overstuffed wallets – the verses on the lips of Panther City’s finest thankfully tend to dive into deeper themes. Candid introspection, personal growth, the struggle and sacrifice it takes to accomplish a dream – these are the motifs painted by the MCs in this town, and it’s special.

Neo Sohl is one of the newer such artists adding his voice to the ranks of our local enlightened rhyme masons. The video for his latest single, “Pacing,” is spreading his positive message to a surprisingly large audience. In less than a month, the new track, produced by Toronto beat maestro NXIRE, boasts nearly 14,000 hits on its only current platform, YouTube. It’s a pretty impressive feat for any aspiring local artist.

“I believe it’s the message of the song,” Neo Sohl said of the running click count. “It’s also what I put into the song – the video, the whole emotion of it. I didn’t do any promotion. The only promotion I did was just moving around in silence, posting pictures [from the video, on social media], and I guess people was wondering what I was up to.”

The song and its video were both heavily influenced by Neo’s love for late L.A. rapper Nipsey Hussle. Neo credits the now legendary MC for inspiring his turn to rapping after a collegiate football career didn’t pan out three years ago.

“You can ask anybody, I was always listening to Nipsey,” Neo said. “I listened to him every day, in the morning, in the night, all day. And ever since then, I’ve just been following his blueprint. I just feel like he related to me a lot. Just like J Cole, Kendrick [Lamar], and Trae tha Truth. I feel like they’re my brothers.”

In July, Neo and his brother took a trip to L.A. to shoot the video for “Pacing” and, in some way, to pay his respects to his deceased hero. Neo hooked up with photographer and videographer Nick Lumarque through a mutual friend. The three basically improvised all the shots, which mostly feature Neo and others amid L.A.’s recognizable landscape, an environment he felt well-suited to the vibe of “Pacing.”

“I just had a vision of me being in a nice place like Florida or Cali,” he said. “That song is a motivational song. I listen to it every day. Life is hard, and it can bring you down if you let it. I just decided that I wanted to make a difference, a positive difference, and this song is about that hunger.”

True to the theme of the song – resilience and enduring dedication to one’s goals – he sees the tune’s modest success as a blessing but also as just one more step toward a larger ambition.

“There’s 26 miles in a marathon,” he said. “To get through that many miles, you got to keep pacing. You might fall. You might lose. You might get tired. But you got to keep going, because if you don’t, you won’t ever reach that line you really been aiming for.”