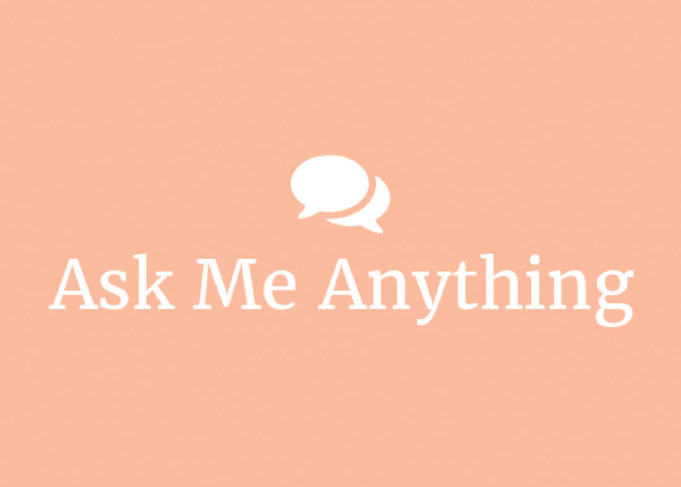 In this column, I am open to questions, any questions, about anything. Settle a bet or a score, satisfy your curiosity, cure the ills of a friend or romantic relationship, get the facts you have often wondered about. You ask the question, I will do the work. Ask me anything. I’m listening.

Q: My bestie Little C and I have a years-long bet running on which celebrity will die first each calendar year: Every New Year’s Eve, we both place an ill-afforded $50 on a given celebrity. The little guy has won every year for the past 24 years, as I continue to keep faith with the notion that surely this will be the year that the drink catches up with toothless human gargoyle and epic beer monster Shane MacGowan. With the end of 2019 beginning to appear hazily at the bottom of Time’s pint glass, can you suggest an alternative celeb on whom I can wager? — Big G, Wedgwood

A: First off, never use the contracted version of the word “celebrity.” It makes you look desperate to be cool, like a dad at his teenage daughter’s birthday parties. Second off, thanks for the question, and congratulations for being the first cab off this particular rank.

It is tempting to be snarky, naturally, and suggest that Orange Twittler, the Mango Mussolini of Washington, D.C., will be first to go in 2020. Or that any super-rich international DJ under the age of 30 will shuffle off this mortal coil before January is out. Perhaps Miley Cyrus will expire as a result of complications from crushing self-involvement? However, after careful consideration, I suggest you wager your ill-gotten fiddy on Daniel Hernandez. Never heard of him? Think: 6ix9ine, a.k.a. Tekashi69. I look forward to receiving your “Thank You” basket at the Weekly’s office sometime before spring break. Who is next?

Q: How about Dem Boyz? Do we need a new coach? — SJ in Tanglebois

A: Well, that did not take long, though perhaps your question is one game late. I am joking, of course. The Dallas Cowboys need a new coach. While many sports fans fall softly into temptation, cursing and lauding their team by turns, I feel Cowboys fans might sit at the head of the holy table of capriciousness. First three weeks of the season, “We’re going all the way!” “16 and 0, baby!” Before the Eagles game, “Garrett sucks,” ”Jerry, you’ve lost your damn mind,” “Can this ginger sucker, who looks like he had a human face semi-convincingly painted on a football and placed, expressionless, upon all-too-narrow shoulders, ever do anything with the talented athletes he supposedly commands?” (OK, that last one was me.) After a thorough shellacking of the soft-as-cream-cheese Philadelphia outfit, “It’s on,” ”We’re back, baby,” “Sooooo-perrrrr-berrrrl.” Calm the fuck down. Objectively, using data, not emotions, Jason Garrett does not earn his roughly $6 million annual salary. He has no measurable success, has not taken his team deep into the postseason on the regular, let alone won a ring. Or two. So, yes, we need a new coach, but who would you replace this guy with? Now, evidence of absence is not absence of evidence, to be sure, but there are some deeply talented players on the roster right now and they need the right person for the job. That person is not Garrett, but I am not sure who is. Let’s be bold and give it to barely-out-of-diapers offensive coordinator Kellen Moore, mainly because I believe that children are our future: He has been taught well, let him lead the way. Here’s to embracing the beauty we possess inside JerryWorld.

Q: How will the Fort Worth art scene recover from the devastating loss of Jay Wilkinson? — Tim, Oakhurst

A: Jay Wilkinson is a good painter. I feel confident in saying that he is neither the best painter nor the most prominent or well-regarded artist in Fort Worth. No shame in that, as we have a vibrant art scene. It features several world-class galleries and museums, filled with the work of local artists and those from farther afield, in all media. My guess is that the question stems from the hagiographic farewell penned by this very paper. Fair to say that the piece painted (sorry) Mr. Wilkinson as a man who heroically set forth for the Big Apple astride his snow-white charge of awesomeness. Good luck to the fella. New York City is not for the faint of heart. I know some artists who live and work there, and their struggle is real every day and has been for years. Some are making headway. Others, less so. I hope our dearly departed paintsmith is successful. I have heard some say that he will be back in the spring, tired of the NYC weather and pollution. Others have opined that he is an atonal one-trick pony who will be swallowed whole and spat out by the Moby Dickesque metropolitan art behemoth. I hold no ill will toward the guy, but, as a contributor to this great newspaper, I cringed like a thin-sliced potato hitting hot oil as I took in the reaction of some to the paean of the painter.

A: Dude, hit me up when those sexy aliens are back in town. Sounds … different. It is fleetingly tempting to answer your question with the product of much research on the history of tea and the socio-cultural reasons for Texans’ perversity in drinking the leaf on ice, oftentimes with heaps of sugar. Who does research anymore? Journalists, you say? Call me an opinion writer, then. You rightly identify that Aussies love a good cup of tea, and by “good,” I mean hot with a little milk, ideally having been brewed in a teapot. Australia gets very hot, so you are equally right to infer that the Stateside predilection for iced tea cannot solely be explained by climate or weather. This is supported by the knowledge that tea originated in China and was farmed heavily by the Brits in India and Sri Lanka (formerly Ceylon). Iced tea is reported to date back to the 1904 World’s Fair in St. Louis, which was held in the heat of summer. One Richard Belchynden is said to have iced the hot tea nobody would drink, with instantly miraculous results. Others date iced tea to the South in the 1870s. Look at that research, mofo –– thanks and chin-chin to teasource.com for the information. My two cents’ worth is that Americans historically seek to subvert and pervert the norms of the myriad places from whence we came. This same-but-different-ness, put in a pot and allowed to brew, is what makes us who we are.

Ask me anything. Send a question or three to Truman with the subject line “Ask Truman” to truman@fwwweekly.com.