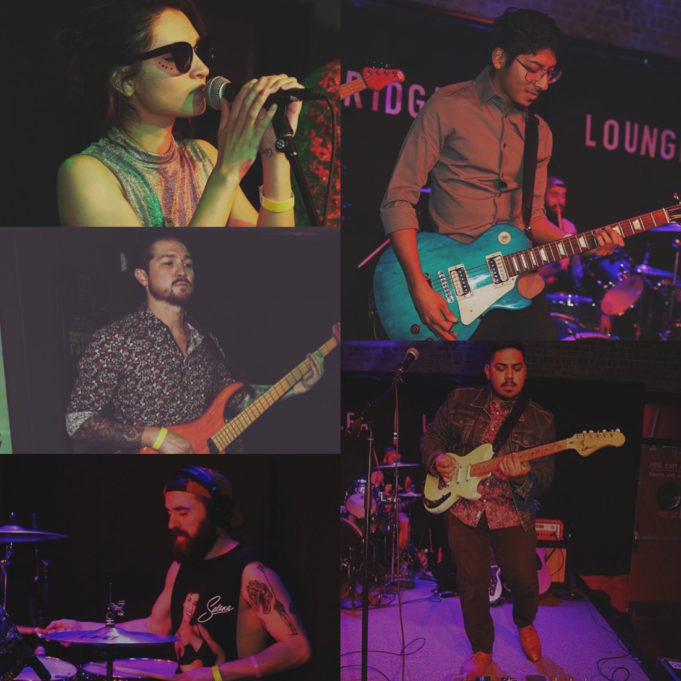 After trying on several ill-fitting ledes for this column, I’m just going to hang the story on this boxy, size-large Gildan t-shirt of a narrative peg: We (the Fort Worth Weekly local music coverage department) could probably run a regular online column called “Meet the ______!” or “Here’s a New Band!” or something equally or even more inspired. Every time I check the Ridglea Lounge’s calendar (I think I do this when I write my weekly Top 5 shows list), there’s usually a name I haven’t seen before. Most recently, this led me to a band called The Straits.

I chatted via text with The Straits’ lead singer, a woman named Celestial, who, judging by her band’s social media, is fond of dark sunglasses. Celestial is married to Luis Lopez, the band’s rhythm guitarist (and presumably at least as fond of him as she is of her eyewear), and their union sort of gave rise to their band. The pair wrote some music and wanted to flesh it out with other people.

“We wanted to get a project going,” Celestial said, “but we had trouble finding the remaining members until a family friend let us know he knew of a bass player.”

The bass player, Dave Andrews, had lived in Las Vegas and played in a bunch of bands, but he stopped playing music when he moved to Fort Worth. He clicked quickly with Celestial and Lopez, who then contacted a guitar player he’d played with in a now-defunct metal band called Light the Way, and Joel Flores was eager to make music again. According to new band tradition, the Straits wound their way through eight drummers before finding the right groove with Connor Stubbs. Together, they’ve been writing and performing since July.

Celestial said their sound started out as a hybrid of Paramore and The 1975, but they ended up scrapping that idea and coming up with their own sonics. “I don’t really think we sound like anybody that’s out right now,” she said.

While they all contribute, Lopez is the principal songwriter. “He is a big fan of Fine Young Cannibals, and he likes to incorporate some of that poppy dance rhythm to the songs,” she said.

For her own part, Celestial cites Flyleaf as an influence, while Flores’ favorite guitarist is Slash. “He has somehow blended his classic rock roots into a melodic pop sound,” Celestial said.

In July, the Straits defined their version of “unique” by releasing their debut single to streaming platforms. “Sirens” definitely bears the stylistic hallmarks Celestial listed, but in tandem, I’d say the song reminded me of a Sundays song set to a danceable beat – not exactly a pumping club banger but with the forward pulse of “Edge of Seventeen.”

Celestial and Lopez write the lyrics after humming or strumming a melody and finding the words that fit. “We lock ourselves away and write what comes to mind,” the singer said. “We write from our own experiences.”

With such prolific output, the band has enough material for a full-length, though Celestial said they plan on releasing two more singles before dropping their debut album.

“I started singing when I was 4 years old for my father’s ministry, so it’s always been in me,” Celestial said.

The Straits are part of a wave of local rock bands and solo performers who lean hard into stylistic turns that build excitement out of pop hooks and constructs. Their blend of alt-rock conventions and dance-music grooves make them one of Fort Worth’s more interesting new artists.