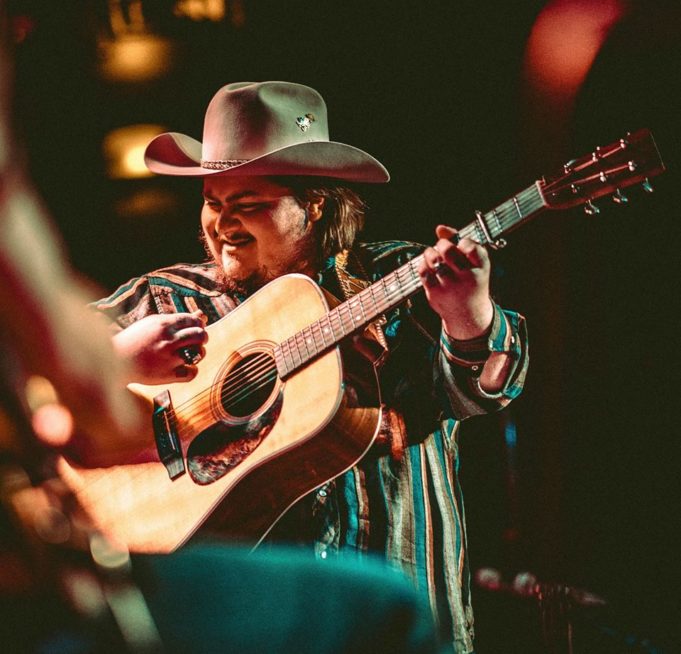 1) Vincent Neil Emerson, through the classic combo of good songs and a tireless work ethic that’s basically “Have guitar, will travel, thank you so much!” may be the next person from Fort Worth that you drop an “I know Vince, too” -type Facebook story, the genre of comment featuring the tale of how you used to play after him at open mics and midnight Fairmount porch jams, appended with the generous offer that if he needs songs, you’ve got some you’d love to show him. Sorry, just had a flashback to a social media moment from four years ago, but anyway, Vince is the real deal, and while the future possibilities baked into that “may be” up above are anyone’s guess, well, I’m rootin’ for ya, Vinny. As such, you might want to consider that Vincent Neil Emerson shows in Fort Worth will eventually become rarer and rarer occasions, their frequency inversely proportional to the upward trajectory of his career. I guess what I’m trying to say is that Vincent Neil Emerson headlines the Moon (2000 W Berry) tonight (Friday), with help from the Raised Right Men and Summer Dean, and this is a bill you really shouldn’t miss. Doors are at 8, show is 21+, and the cover is an unspecified amount. This here’s a video of the Raised Right Men covering one of my favorite Waylon songs:

4) The Grackle (4621 El Campo) has a surprisingly high-decibel, all-day art show on Saturday, when it plays host to Magic Maze Records Presents: Astral Visions Pt 2. The event page blasts this verbiage like a commercial for a monster truck rally from a faraway galaxy:

“Free-Jazz and Punk fuse together to create a mind bending event full of sweet cacophony and beautiful artwork from the local greats!”

Okay, maybe I’m overselling it with the cosmic stoner bullshit, but the line up is below, and it sounds pretty cool. Plus, it’s an art party. What’s not to like? All-ages, suggested donation for the bands is $5.

Here are the Koffyn from a show at Division Brewing in 2017:

5) Wind down your weekend with Sunday Best at the Moon, a “Jazz Comedy Showcase” hosted by Ian Mac, aka Nick McClanahan of Riffamania, Wondercrust, and Panther City Exchange. Barber Mac will be laying down grooves that bend between jazz, blues, funk, and reggae, and there’s a veritable Bonnaroo Comedy Tent of local comic talent, listed below in an easy-to-read/even-easier-to-just-copy-and-paste column of names:

It’s Ian Mac’s bday at midnight, and dressing in your Sunday best is highly encouraged. No cover, starts at 9pm, and it’s 21+.