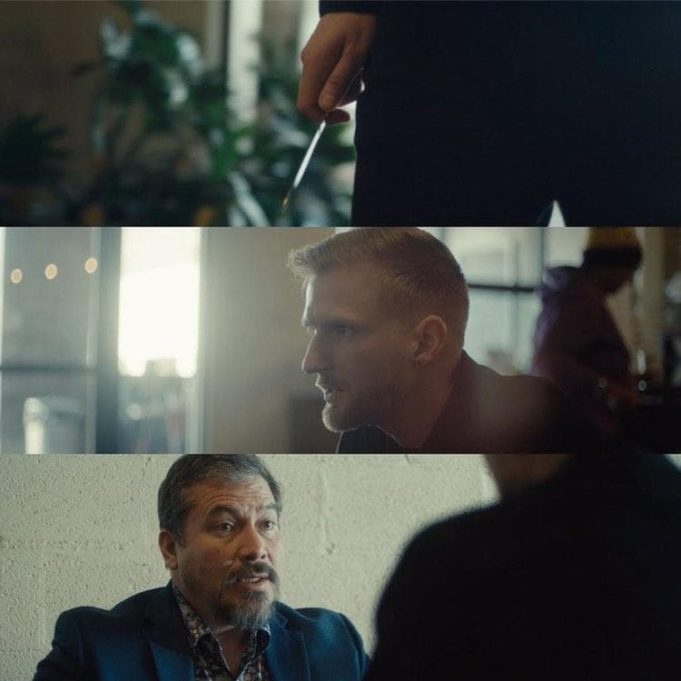 The idea was to play with the “audience a little,” Gassett said. “We wanted a concept where you think you know what’s happening, and there’s a plot twist in the middle. The film started with the trunk scene then we wrote the story around that scene. We drew from old gangster movies but made it about Fort Worth. It’s kind of a comedy in the end because we’re talking about pizza. We wanted to do something fun for Fort Worth.” 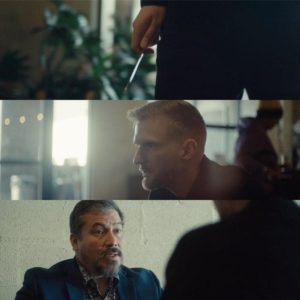 Every good gangster has an equally notorious car, and Moreno was happy to lend his custom Impala for the job. Locals may recognize Cedillo as Comandante Calderoni in Netflix’s Narcos: Mexico.

“Julio is great,” Gassett said. “We needed a way to wrap up the film. I talked to him over the phone and we collaborated on ideas.”

Gassett said he hopes the short films stands on its own as a fun tribute to classic films and Fort Worth pizza. After several months, Black Cat Pizza has gotten a “lot of love” from locals, he said. The restaurant has always been about collaborating with the community. Black Cat is just one small part of that effort.

Join Fort Worth Market Trail as we kick off the 2020 year with Black Cat Pizza Fort Worth!

Black Cat Pizza Fort Worth offers an amazing variety of fresh pizza options to choose from that include a one of a kind weekly special. Join us for an evening of delicious pizza, refreshing pints (or a glass of wine!) and meet some talented local artists and small businesses. Visit the event page here.