It takes a certain degree of courage to play the sport of American football. On every play, you know an opponent will likely attempt to ram into you traveling at a high rate of speed. If you’re a receiver going over the middle, or a quarterback looking downfield, or a linebacker unaware of a pulling guard, you might never see it coming. But since the 19th century, enough men have braved the violence that football has become this country’s most popular sport. The game has a rich history, full of dramatic hail marys and clutch third-down tackles.

For Brenda Tracy, it takes courage just to think about football.

Tracy came to Fort Worth last week to speak to a group of football players at the College Gridiron Showcase. Her audience consisted of some 200 former college standouts looking to impress NFL and CFL scouts with their physical and mental skills. In addition to providing on-field opportunities, CGS tries to address off-the-field situations the prospective pros may face. The attendees receive instruction in financial planning, the draft process, and, from Tracy, lessons about a side of their sport’s history they need to know about. A vile, putrid, unacceptable side.

In the late 1990s, a group of men that included major college football players gang-raped Brenda Tracy. She tried to address the horror through legal channels, but the authorities, both at the local district attorney’s office and the large state school whose players perpetrated the crime, prioritized the football team’s success over proper legal processes and the young woman’s unimaginable suffering. She remained anonymous and dealt with the psychological ramifications for her and her two sons as best she could over the ensuing decade and a half.

in 2014, however, she went public with her story, and decided to try to change the landscape for other women who might find themselves in situations similar to the one she had experienced. Her activism helped alter the legal environment regarding such cases. And meanwhile, she also turned her attention to football.

A sport played mostly by men that necessarily glories strength and toughness has historically generated more than its share of cases where its participants carried the “strongest men take what they want” mentality outside the stadium. From the recent Baylor scandal to the multiple NFL controversies, the game has basically been a #MeToo franchisee. Tracy’s nonprofit, Set The Expectation, aims to change the sport’s mentality, and, indeed, use it as a vehicle for a broader update of attitudes men have toward women.

She speaks to football teams (and athletes from other sports) about her experience. She invariably cries when she describes her rape. It’s still hard for her to talk about it. But she fights through it because she knows the platform football possesses, and if she can get more of its participants to embrace a mindset that respects women, it would go a long way to influencing the substantial portion of the public who devote their Saturdays and Sundays to the game.

One of the players with whom I chatted at the CGS talked about needing to “flip the switch,” referring to leaving football’s violence on the field and not bringing it into his off-the-field conduct. Another player (a big-time NFL prospect) talked about using his platform to influence others, and not just publicly. He also referenced being the guy who, when he sees a developing situation at a party, steps up to say something, because, as an influential football player, “you have enough power to stop it.” If Brenda Tracy can get more players and coaches to buy in like they did, she’ll make progress toward reversing the sport’s sorry history of objectifying women.

Another player and I talked about some of the aspects of football that could make it part of the solution. The game does reward good decision-making, concern for teammates, and, yes, courage. It takes courage for a player to step in when a buddy might be about to do something improper. Brenda Tracy puts aside her own fears every day to try to empower them to do so and write a new chapter in the game’s history. 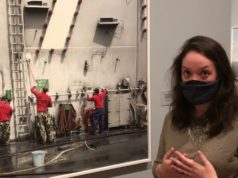 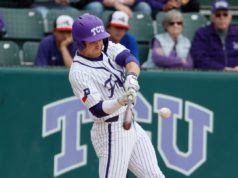