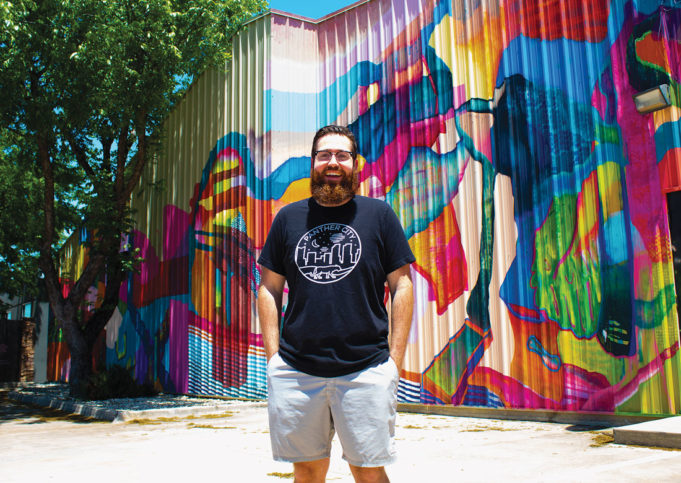 Netflix recently announced that it added more subscribers during its first quarter than any quarter in the streaming service provider’s 23-year history. Like the rest of the country, Fort Worthians are watching more movies and TV shows than normal due to the shelter-at-home orders.

Local film guru Jimmy Sweeney has kept up with many of the newest independent film releases on Netflix and other service providers. The founder/owner of The Grand Berry Theater, a single-screen indie cinema in the Foundry District, gave us his top four film recommendations.

“One that got overlooked last year is Honey Boy. It stars Shia LaBeouf and is a mostly autobiographical story about his life growing up as a child star. You get a lot of references to Even Stevens that we recognize Shia from. [The main actors] give incredible performances. In my opinion, it was the best directed movies of last year. Alma Har’el did an incredible job creating the environment of being a child star. It’s not the happiest movie out there, but it is one that is really incredible, powerful, and worth watching.”

Portrait of a Lady on Fire on Hulu

“This would have shown here the week we shut down. For me, I would say that it is one of the Top 10 movies that I have ever seen. It is a powerful story of feminism and romance that follows a woman who is to be betrothed to a man in Italy. The custom at the time was to paint a portrait so the man could know what his betrothed would look like. The family could not find someone this woman would consent to be painted by. [When they do find an artist], a romance that develops. It is incredibly directed and well acted and one of the most beautiful movies you will ever watch.”

Hunt for the Wilderpeople on Hulu

“Taika Waititi is blossoming into a major director. It is cool to see an indigenous New Zealander break a lot of boundaries. He has a unique way of presenting difficult subjects in the context of humor, so you can break them down. Hunt for the Wilderpeople is about a young boy who is going through the foster care system in New Zealand. He is supposed to go to juvie. [A visit to his aunt] on the edge of the bush is his last chance to avoid juvenile prison. Events lead to him and his uncle running through the bush in order to hide from CPS. It is this really great coming–of–age story. It is a lot of fun to watch.”

The Death of Stalin on Netflix

“This film is a really funny, dark comedy with tongue-in-cheek humor. Kinda like what you would expect from the Cohen brothers. It follows the dynamic between all of the people in Stalin’s inner circle who are plotting against him [while Stalin is dying]. Within this dynamic, you see a lot of humor around [a historical event that] you don’t see portrayed very often. It’s a film that flew under the radar, but it’s really enjoyable to watch.”

Sweeney said his art-house theater doesn’t plan to open in the immediate future, due to ongoing concerns about how COVID-19 could potentially spread during two- or three-hour movies. The theater owner said he is carefully monitoring local health statistics for signs of a steady downward trend in new COVID-19 cases. For now, cinephiles can stream new indie releases via grandberrytheater.com/streaming for a small fee.

“A lot of these movies would have been lost,” Sweeney said. The streaming services that art-house theaters across the country are providing “have been a great way to strengthen the distributor and exhibitor relationship. It shows that we are in this together, and one doesn’t exist without the other.”

Streaming may play a more prominent role in a post-COVID-19 world, he added, but movie theaters (small and large) still have a critical role in the film industry. Sweeney said big-budget movies rely on box office sales to recoup production budgets that often top $100 million.

“Art-house theaters and local small businesses thrive on the community,” he said. “We will have to get creative with how we can provide a unique experience while keeping people safe.”