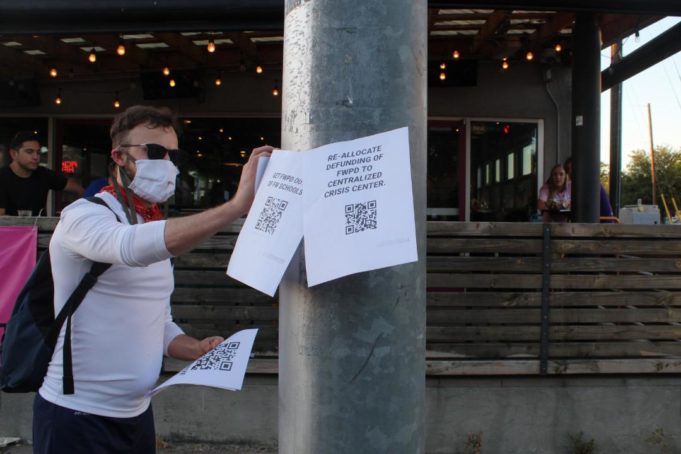 A Wednesday evening march led by Black Lives Matter, Enough Is Enough, FW4GeorgeFloyd, and other protest groups left downtown Fort Worth with one mission in mind: to raise awareness of the movement’s three areas of focus. As the crowd of more than 100 protesters reached the Target Superstore just north of Montgomery Plaza, protest organizers began handing out flyers and tape.

The flyers included QR codes that lead to online petitions for demilitarizing the police, reallocating some Fort Worth police department funds for a centralized crisis center, and removing police from Fort Worth and Crowley school districts.

“The second they see division, they will say, ‘To hell with them. I’m going to let it die off,’ ” he said. “That’s why it is important that we keep coming out here every day to show them that we are not divided. Whatever happened with United My Justice, it happened. Life goes on. I put in a phone call to them, so we can sit down at the table and get on the same page.”

Smith was referring to comments by United My Justice founder Donnell Ballard who told me last Monday that he doesn’t support the West 7th corridor protests (“Eleventh Day of Protests Draws Rebuke from United My Justice Movement,” June 9).

“Everyone is tired of seeing black people being oppressed,” Smith continued. “I’m not here for me. We are the people, and we are going to continue to stay united. This is the new Rainbow Coalition. Our goal is to get the pot of gold, which is changing these laws and changing this system.”

Sarah Russell then told the crown what their mission was that evening.

“We need to be intentional on the placement of the flyers,” she said. “We don’t need five of the same QR codes in the same spot. Put all three in one spot. Be intentional with where you put them.” 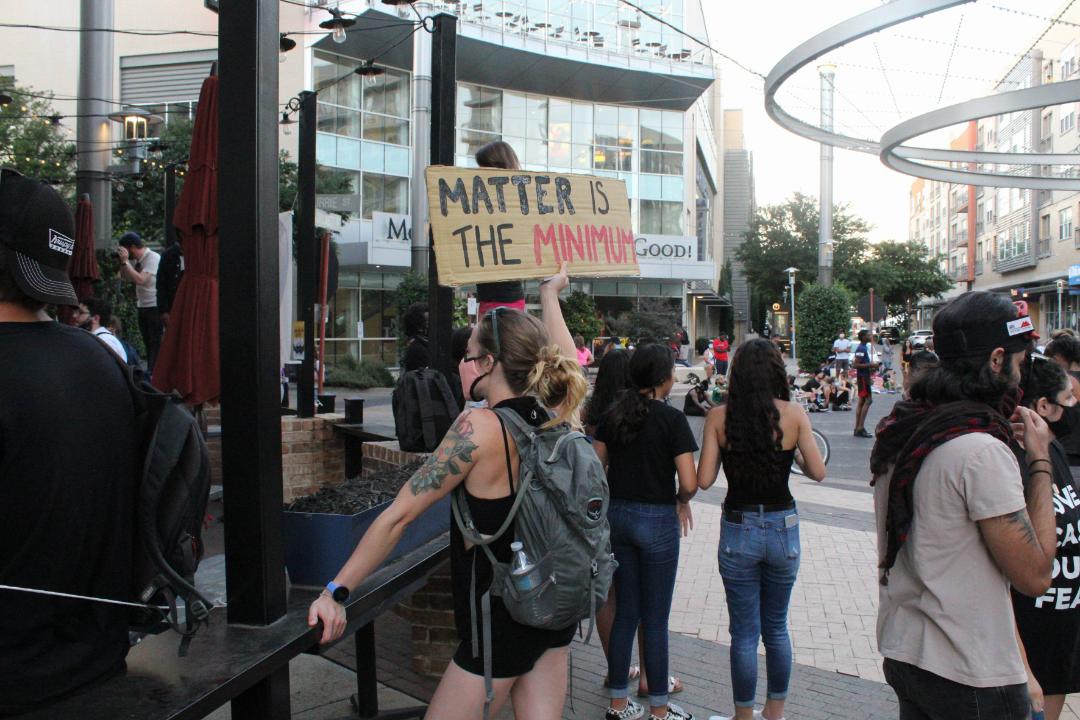 The protesters then marched to Concrete Cowboy Bar and The Social House, which both locked out protesters. As they chanted, “Black lives matter” at barricaded staff and patrons, marchers plastered nearby walls with flyers. Mash’d was soon flooded with dozens of boisterous Black Lives Matter activists who shouted, “Whose streets? Our streets!” inside the confined restaurant. Nearby In-N-Out Burger was similarly infiltrated before the march returned to Montgomery Plaza for one final rally.

One observer of Wednesday’s protest reached out to our paper to express disgust at what she said was “harassment” of restaurant patrons and business owners by Enough Is Enough and other groups that were out that evening. 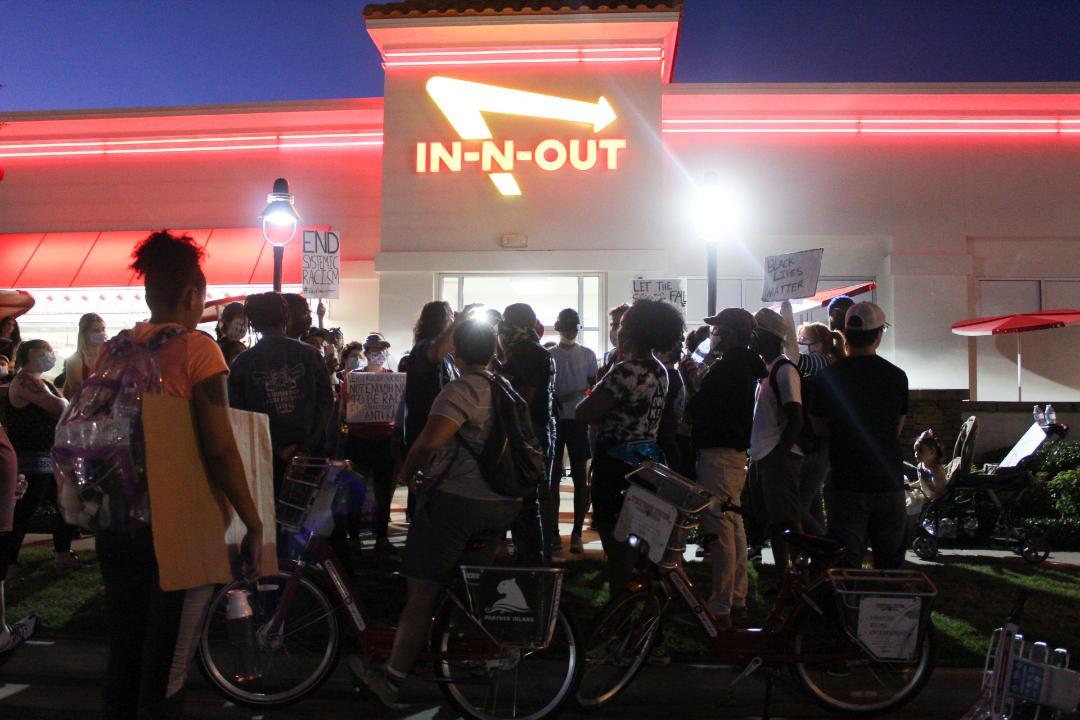