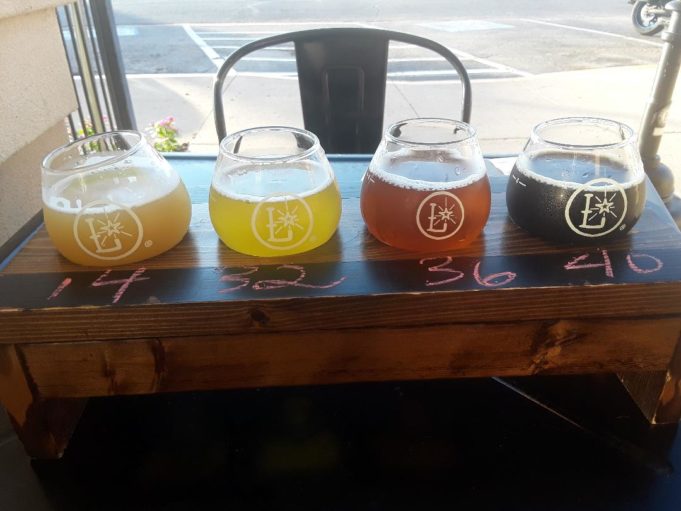 Grain-based comfort foods (donuts, bread, biscuits) shot to the top of many folks’ food pyramids following the COVID-19 outbreak. I prefer my grains fermented, but the idea is basically the same. I recently stopped by Lone Star Taps & Caps to see what local beers the bartenders are slinging these days.

My first beer was a heavy hitter from Bedford-based Turning Point Beer. The $Texas, a New England IPA, had the hazy, juicy characteristics that have made Turning Point a regional leader in hopped-up ales. If you like your beer mildly bitter with tinges of orange and lemon zest, this IPA won’t disappoint.

Martin House Brewing Company releases beers at a breakneck pace, and not even a pandemic has slowed their output. The Orange Cream is a fruited sour that might set your lips to puckering. The light, golden-hued beer livens the senses with an acerbic punch that leaves lingering orange notes.

Martin House’s The Statement of Purpose is a mouthful, both in name and creamy body. The peanut butter golden stout is a white stout, meaning it has all the characteristics of a stout (rich flavor profile, high alcohol content, rich mouthfeel) without being opaque. The peanut butter hits you on the nose but is mellow on the palate.

Full disclosure: I’ve had HopFusion Ale Works’ Coco Añejo many, many times. I couldn’t pass up the opportunity to add to that tally. Coco Añejo is based on the Near Southside brewpub’s original release, Fur Slipper. The variant retains the rich, boozy qualities of the milk stout but explodes with roasted cocoa flavors. HopFusion co-founder Macy Moore told me he still bakes the grated coconut in his home oven.

There are a lot of reasons to be excited about local beer, even with the recent loss of Deep Ellum’s FunkyTown Fermatorium near the West 7th corridor. If your favorite brewery is curbside only, it’s still the freshest beer you’ll find in the 817.