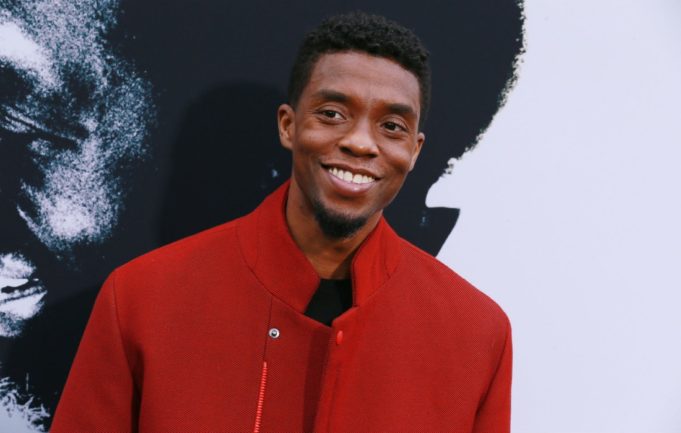 Back in April, when everything was locked down, a bunch of my social media friends posted various “2020 sucks” memes on their feeds. I swore I’d never do that, because bad things happen every year. This past weekend, I heard that Chadwick Boseman had passed away at the age of 43, after a four-year battle with colon cancer that he had kept from the public. I’m still not going to say that 2020 sucks, but this news certainly does.

All the obituaries are leading with the fact that he starred in Black Panther, and it’s true, if he had done nothing else as an actor, his role as T’Challa in four of the Marvel films would be enough to build a legacy on. Looking back, it doesn’t seem like an accident that he’s the first resurrected Avenger we see at the climax of Avengers: Endgame — the moment when he and Wakanda’s women walk through the portal behind Captain America wouldn’t have had the same impact had that been given to Benedict Cumberbatch’s Doctor Strange or Chris Pratt’s Star-Lord or even Tom Holland’s Spider-Man. Boseman was the one who insisted on T’Challa and the other Wakandans speak in African accents, even though the studio wanted an American or European accent. That choice improved the film, showing Wakanda giving its own people a top-level education instead of sending its elites overseas. When I reviewed Black Panther, I didn’t have space to mention the affection that T’Challa showed to Letitia Wright’s Shuri or the easy rapport he displayed with Danai Gurira’s Okoye. Along with that, Boseman found the gravity of a man awakened to the injustice suffered by Black people outside his country’s borders, something he had been shielded from as a prince. All this came from the lead actor. Also, as his hosting stint on Saturday Night Live proved, he could play T’Challa’s straight-arrow nature for laughs, too.

Of course, that was not the only role he took on. The athleticism that got him cast in Black Panther also made him a fit for playing professional athletes. In 42, his Jackie Robinson silently taunts opposing pitchers once he gets on base, taking leads off first with an energy that says, “You know I’m going to steal second, but you don’t know when.” (Incidentally, Boseman died on Jackie Robinson Day, because death is stupid.) The best part of Draft Day was the expression on his face as an Ohio State linebacker who is — spoiler alert — picked first overall by the Cleveland Browns at the NFL draft. Skip to 2:30 of this clip if you’d rather not see Roger Goodell announce the pick.

Boseman was already 36 when he played a recent college graduate in that film. Throughout his career, his youthful looks combined with his advanced age made him seem wise beyond his years. In one scene from last fall’s 21 Bridges (which, regrettably, I can’t find on YouTube), his NYPD detective is in a hostage standoff with a criminal suspected of murdering eight cops. There, the actor’s athleticism counted for little, but he still owned the scene of a cop trying to talk down a gunman, as Boseman kept the rhythms of his speech even and calm, doing everything to bring in an African-American suspect alive whom all the other cops wanted dead.

My personal favorite of his performances is his turn as James Brown in Get On Up. Boseman may have been only lip-syncing to the Godfather of Soul’s recordings, but he perfectly mimicked Brown’s dancing and captured the electric presence that he exuded on stage, as well as showing how Brown’s harsh childhood taught him to rely on no one and drive away everyone close to him. At the time, I thought the performance merited an Oscar nomination. You might say, rightly, that Get On Up is not a good movie, even with him. Then again, Bohemian Rhapsody is a worse movie, and Rami Malek won an Oscar for a similar turn in that film. I put off writing this piece until I saw Boseman in Spike Lee’s Da 5 Bloods, and while Boseman does not receive much screen time in that Vietnam War drama, he makes an outsize impression in the flashback sequences as the charismatic natural leader of his platoon of soldiers before he’s killed in action. You easily comprehend how his forceful character continues to loom large in the lives of the comrades who survived him.

Maybe most importantly, the South Carolina native and Howard University graduate appeared to be as conscientious and down-to-earth as the heroes he so often played, maybe because Boseman’s acting career didn’t really take off until after he had turned 30. I wish I could have seen him play something other than a hero. If Denzel Washington’s acting career had stopped when he was 43, we never would have seen him as the villain in Training Day, the alcoholic antihero in Flight, or the terribly flawed father in Fences. That perhaps gives you a sense of what we’ve lost in Boseman’s death at such a young age. (If it doesn’t, perhaps his performance as a tragic figure in the upcoming Netflix adaptation of Ma Rainey’s Black Bottom might do the job.) Even so, as many other writers are now noting, playing a string of heroes and making them seem human rather than turning them into cardboard saints is a difficult thing for an actor to do, and Boseman never made it look like work. How many other actors headline a film that inspires a global cultural movement? There will be no public memorial for him in these pandemic-straitened times, so he’s currently receiving the social media equivalent of Tony Stark’s funeral. It’s no less than what he deserves. This post is my contribution.