One half of the Democratic presidential ticket visited Fort Worth today to talk about the state of the nation and whip up blue support in a state that’s technically a tossup.

At a socially distanced outdoor rally today near First St. John Cathedral which drew about 100 people who were mostly with the media or privately invited, Sen. Kamala Harris delivered an energetic speech that touched on criminal justice reform, investments in working-class families, the COVID-19 pandemic, and other issues on the minds of many voters this year.

“There is so much at stake,” Joe Biden’s running mate said. “There is the public health crisis that has caused over 220,000 people to die. African Americans and Latinos are three times as likely to contract the disease and twice as likely to die from it.” 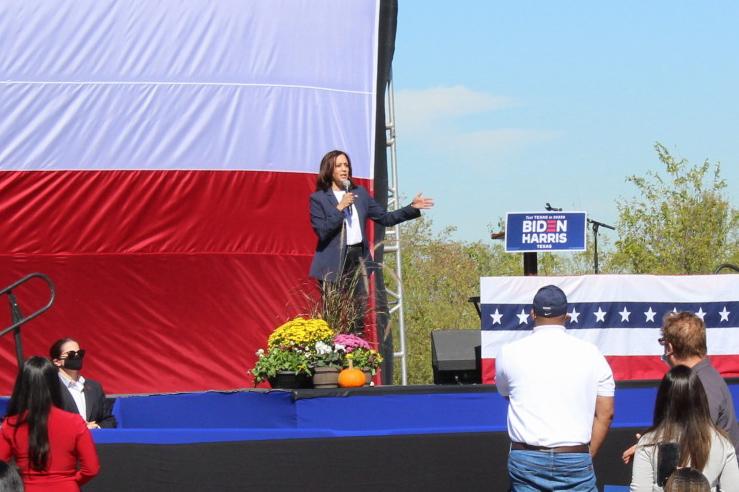 “Because of this pandemic, the worsening of the wealth gap in America has been such that over 30 million people in the past several months had to file for unemployment insurance,” she said. “Joe Biden is committed to not raising taxes ever on anyone making less than $400,000 a year and lowering middle-class taxes. On the other hand, you have Donald Trump. When asked how the economy is doing, he asks how the stock market is doing.”

“Let’s get rid of mandatory minimum” sentences, she said. “Let us decriminalize marijuana and expunge the record of people who have been convicted for marijuana offenses. Let’s shut down the private prisons. Let’s get rid of monetary bail. People are sitting in jail for weeks and months and years because they can’t afford to get out, which makes it an economic justice issue as much as a criminal justice issue.” 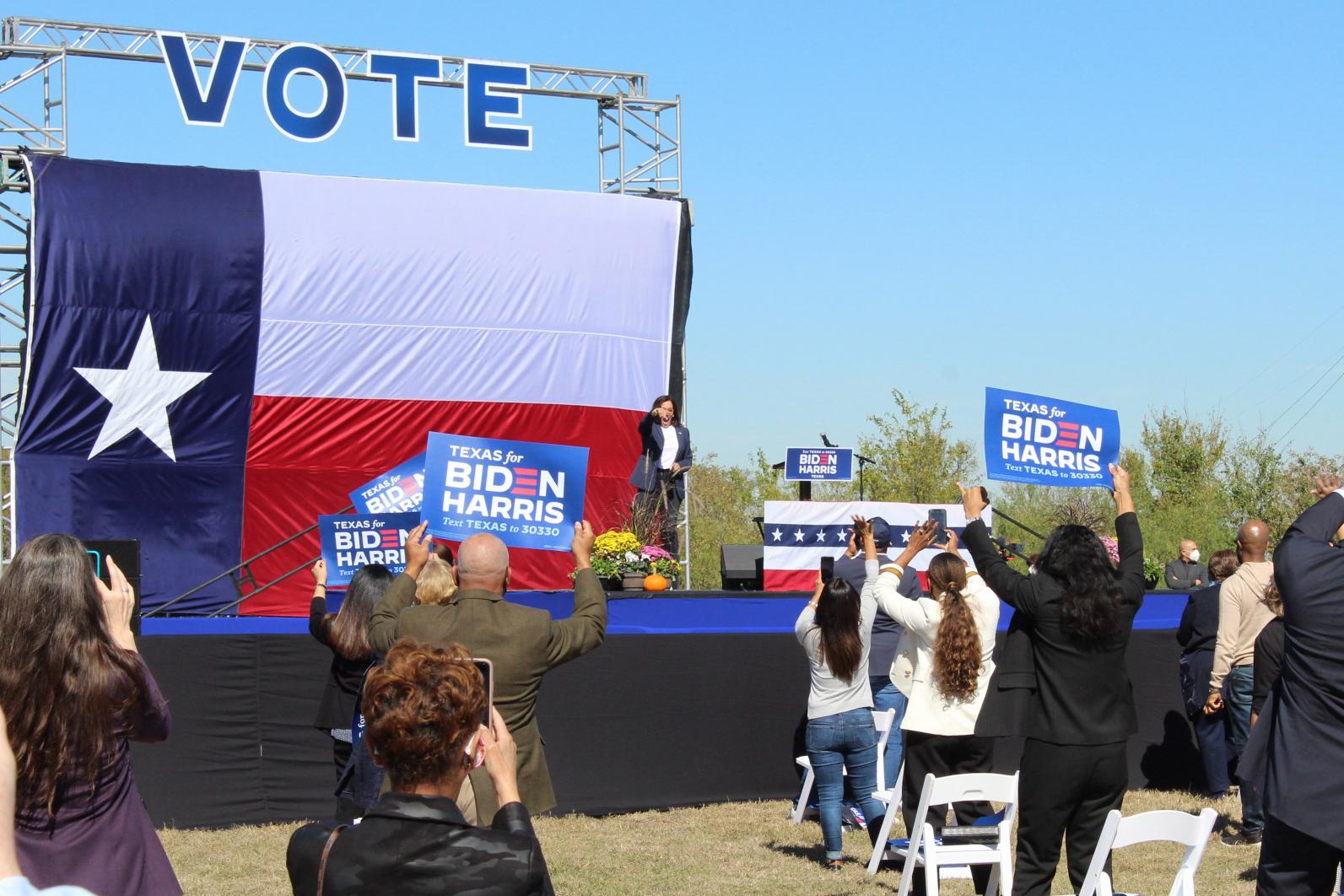 Harris concluded the 30-minute speech by summarizing a Trump administration that has actively sought to set back civil rights, reproductive rights, and environmental protections.

“This moment will pass,” she said. “Years from now, our children and grandchildren will look at us. They will look in our eyes, and they will ask us, “Where were you?” And you see, we are going to be able to tell them so much more than how we felt. Fort Worth, we will tell them what we did.”

Texas, which hasn’t voted blue in a presidential election since 1976, is in play. An energized young voting base may well send the Lone Star State’s electoral votes to Biden-Harris. Harris said her next stop is Florida, another swing state.