What kind of shithole do you live in when the politicians in charge want to make it harder to vote?

Not a trick question. I’ll save you the brain power and time. Texas. You live in Texas. Or! Or it could be any one of the other 45 states whose Republican-controlled legislatures are now working overtime to pass voter-suppression laws because voting is apparently so unnatural and gross.

Instead of coming up with better ideas, or even just ideas, Republicans instead are attempting to hide the ballot box, presumably behind a stack of MyPillows and cans of Goya beans, which is what we should expect from the people who gerrymandered their way into the majority on the state level starting in 2010. No grift is too shameless for them. The truth is that any “political party” whose only way to save itself and its retrograde ideas from drowning in a wave of Black, brown, and rainbow colors is through fascism is not a political party. It’s a seditious threat. It’s a gang, basically. The QOP more closely resembles extreme anti-democratic parties like Turkey’s AKP and Poland’s PiS than even normal center-right groups like Canada’s CPC or Germany’s CDU, based on a 2019 survey of political scientists. “The GOP,” Vox Media writes in summary of the survey, “is a radical right faction that increasingly sees its opposition as fundamentally illegitimate and is willing to abuse its political power to lock them out.”

Republican efforts to restrict voting revolve solely around the Big Lie, that somehow Donald Trump won the 2020 U.S. presidential election (hahaha!) but had it stolen from him through acts of voter fraud. A new Reuters/Ipsos poll found that six in 10 Republicans believe this bullshit. It is as dumb and wacko as it sounds. There’s next to no evidence of “fraud,” and observers — Democrat and Republican — investigated every single ballot. What they found was that the election was one of the safest and most secure in our nation’s history. Joe Biden won in a landslide, President Joe Biden, and there’s nothing anyone can do to change that glorious fact. As was said to me a million times after the 2016 debacle, sometimes by loved ones, “Move on, snowflake!”

Oh, TFG (The Former Guy) has certainly tried to rewrite history. He’s tried through legal means, yet all but one of his 60-plus attempts were thrown out due to lack of sufficient evidence, including by the Republican-majority U.S. Supreme Court.

And he’s tried illegally, too. There’s simply no other word to describe calling a state official and trying to harass him into overturning the results of a free, fair election than that: “illegally.”

And yet TFG will continue to walk free because the do-nothing Dems are in charge — understand that I use the phrase “in charge” loosely. Passing the stimulus needs to be the beginning of a new era. What it will probably end up becoming is the last thing done of any merit until 2022, when Republicans assume control of both houses again because the do-nothing Dems lived up to their names. In only four of the past 28 years have D’s controlled the presidency and both houses, so right now D legislators should be ramming through every conceivable measure to protect our increasingly fragile democracy. Raise the minimum wage to $15, raise taxes on the rich, provide universal health care, and remove big money from politics, along with expanding voting rights. To battle back against the Republicans, who will exploit the electoral college, pander to rural whites, continue gerrymandering districts, and suppressing the vote, Dems need to abolish the EC, establish statehood for D.C. and allow for self-determination for Puerto Rico, end the filibuster, and retore the Voting Rights Act. Instead, Nancy Pelosi and her boyz will do what they’ve always done: stick their thumbs up their asses and side-eye whistle out of fear of offending centrists and TFG’s oh-so-scary base and will try to play ball with the Republican minority only to realize that R leader Mitch McConnell and his fellow seditionists are working on stealing the bats, bases, gloves, and the actual ball itself. “Too late” is the D’s perpetual ETA. It’s what they do. Snatching defeat from the jaws of victory is in their DNA. They can’t help it.

I’m just tired of it, as I know you are, too. I’m tired of the stupidity, tired of the cowardice, tired of the fact that the 50 Democrats in the U.S. Senate represent 41.5 million more people than the Republicans do in a country with a population of about 328 million but are still hamstrung by outdated laws and, more than that, by a general aversion to moving the damn needle to actually move the damn needle. I’m tired that Republicans actually tried, using physical force, killing a Capitol Police officer in the process, to overturn a free, fair election and that not one elected R has been held accountable. Not one.

I’m tired of being forced by my fear of the unknown into checking Twitter constantly for fresh new bullshit perpetrated by a vocal minority on the rest of us. I’m tired of the injustice.

Throughout the nonsense, I’ve come to realize a sad but not unexpected truth: Even Big Business is better at politics than the Republican Party.

In response to Texas’ own voter suppression bill, SB7, just about every major corporation and big cheese in the state — AT&T, American Airlines, Southwest Airlines, Apple CEO Tim Cook, a.k.a. Tim Apple, Dell, Amazon, Microsoft, and many others — denounced what is clearly an attempt to discourage and outright dismiss people of color from having their voices heard at the ballot box.

Now the fight is between Republican pols, who pray to the altar of Big Business, and the same businesses said pols rely on for juicy campaign contributions. *pops popcorn*

Moscow Mitch told U.S. CEOs to “stay out of politics” before remembering his low, lowly place and adding that it’s OK if they still want to make campaign contributions! (To Republicans only, assumedly.) Wonder if Moscow Mitch supports HR1, the For the People Act that will not only increase access to voting but slash the influence of corporate money in politics.

Down in Georgia, a state that Biden flipped blue with authority, lawmakers have passed the strictest anti-voting measures ever seen since the Jim Crow era. Big Business, though late, expressed its disgust, and Major League Baseball pulled its All-Star Game out of Atlanta, costing GA about $100 million. While the on-the-ground stuff about the bill is certainly debatable, being able to essentially discount votes you don’t like, as it reads in the bill, is fucking fascist. MLB was right to yank the game. And some TFG boot licker rep from some redneck state was also right to tweet that his staff was drafting legislation to remove the league’s federal antitrust exemption. Good lord. Only to some right-wing jackass and presumably his enablers and supporters would stripping away antitrust protections from an insanely profitable conglomerate owned by billionaires and floated by dimwitted taxpayers be seen as anything other than a straight-up Marxist move. Bro went so far to the right he ended up on the left. Just to pOWn dA LiBs. *chef’s kiss*

Our own esteemed governor performed a uniformly ceremonious gesture by declining to throw out the first pitch at the Rangers’ Monday home opener in Arlington, arguing that MLB’s decision to relocate the All-Star Game to Denver was based on a “false narrative” about Georgia’s new anti-voting law. The juxtaposition is just too delicious: people who wrap themselves in the flag going after America’s Pastime for actually espousing what the flag represents. And yet there are more than 70 million voters who will side with the big talkers, the yakkity yakkers who can’t even spell “democracy” and who exist purely to con our conservative neighbors and loved ones, a.k.a. publicly or privately angry white people who think there are too many “darkies” on TV and too many of them opening up really tasty restaurants in town, into casting a vote for the whitest white person on the ballot. I’m tired of it. Just tired of it, man. And I knew most of us are, too. Wake up, Dems. It may be your last chance.

The story represents the views of the author and not the Fort Worth Weekly. The Weekly welcomes submissions from all political persuasions. Email Editor Anthony Mariani at anthony@fwweekly.com. 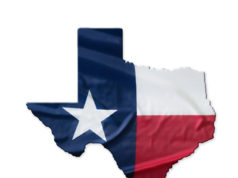