During a March webinar, Bill Ely pulled up a map of Harris County while presenting the local Republican Party’s ambitious plan for the 2022 midterms: Building an “army” of 10,000 conservative election monitors. Ely, a local Tea Party leader who heads the committee within the Harris County GOP dedicated to ballot security, pointed to the northwest Houston suburb where he lives, where “almost seven out of 10 homes are Republican.” Ely stressed to other party leaders on the call the importance of recruiting more election monitors from neighborhoods like his, then he dragged the cursor down to the heart of the city. Pointing to majority Black and brown neighborhoods, Ely said the party needs people with “the confidence and courage to come down in here in these areas where we really need poll workers, because this is where the fraud is occurring.”

Later in the hour-long presentation, discussing the need to monitor busy urban polling places, Ely arrived at Wheeler Avenue Baptist Church, a Third Ward hub for civil rights activists that once hosted Martin Luther King Jr. and is home to one of the county’s oldest and most active voting precincts. Garnet Coleman, a Texas House member and Black Democrat who lives around the corner from the church, called the plan the latest example of a long-term strategy by Tea Party activists to target minority voters. Coleman said that he’s seen partisan poll watchers at precincts in his district, crowding and challenging voters at their booths, delaying or disrupting the pace of casting ballots, and sometimes even carrying guns.

“It’s been done before, and it is disruptive because you have people standing over voters as they try to exercise their right to vote,” Coleman said.

The Harris County GOP’s plan to recruit thousands of people for a new “Election Integrity Brigade” was first publicly unveiled in an excerpt of the webinar published this month by the progressive group Common Cause Texas. We separately obtained an unredacted copy of the training video that Republicans posted on Dropbox on March 10. The plan dovetails with the growing conservative fixation on voter fraud, which extensive research has repeatedly shown to be incredibly rare.

“Politicians at all levels of government have repeatedly, and falsely, claimed the 2016, 2018, and 2020 elections were marred by large numbers of people voting illegally,” said the Brennan Center for Justice, a nonpartisan law and policy institute. “However, extensive research reveals that fraud is very rare, voter impersonation is virtually nonexistent, and many instances of alleged fraud are, in fact, mistakes by voters or administrators. The same is true for mail ballots, which are secure and essential to holding a safe election amid the coronavirus pandemic.”

While Donald Trump’s baseless claims of a stolen election drove his right-wing base to mob violence this year, Harris County Republicans have long been focused on “election integrity.” Over the past decade, as the region has gone from swing territory to solidly blue, local conservatives have pushed for voter roll purges and tighter monitoring of elections.

The push to recruit more conservative election monitors in Harris County coincides with proposals from Republican lawmakers that could further embolden partisan poll watchers statewide. “Election integrity” bills moving through the Texas Legislature this session aim to expand the footprint of poll watchers, giving them the power to film and photograph inside polling places — even while voters cast ballots — and threatening criminal prosecution for election workers who get in the way. The bills would also give such groups more power to challenge voters, push for prosecutions of suspected voter fraud, and purge voter rolls.

New protections for poll watchers are among the many changes embedded in a pair of omnibus “election integrity” bills that top Texas Republicans have deemed a priority this session. Senate Bill 7, which passed the Senate this month, and House Bill 6, which passed out of a House committee, double down on what are already some of the most restrictive voting laws in the country. People assisting voters with disabilities or limited English proficiency would be required to fill out a form documenting their relationship and reason for assistance and could even be filmed in the polling place if election watchers believe that the assistance is unlawful, new requirements that Dennis Borel, executive director of the Coalition for Texans with Disabilities, called an invasion of privacy. The proposals would also block efforts to expand voting access that drew legal challenges from Texas Republicans during the pandemic, particularly in Harris County, such as 24-hour polling places and drive-through voting. One provision criminalizes local officials who proactively send out mail-in ballot applications to voters, even when records show they qualify under Texas’ narrow eligibility for voting by mail.

One of the bills, SB 7, would require some naturalized citizens to prove their right to vote, an apparent repeat of Republicans’ attempted purge of the voter rolls in 2019. State Sen. Paul Bettencourt, a Harris County Republican who backs the voting bills, has argued for systemized purges similar to those previously conducted in Harris County and elsewhere in Texas that were struck down by federal courts over the past decade. That includes eliminating voters who use post office boxes to register, since “no one lives in a 2-by-3-inch P.O. Box,” though by his own count this could disenfranchise at least 4,880 Harris County voters. He has also pushed for requiring challenges of voters who indicated in driver’s license applications or jury forms that they were not yet citizens — despite the botched 2019 purge that Texas election officials attempted using the same public records. As part of testimony in a federal civil rights lawsuit, state officials admitted their purge attempt wrongly targeted tens of thousands of naturalized citizens and agreed to drop it.

Texas Republicans propose similar voting changes nearly every session, yet this year their efforts are part of a larger conservative movement in Georgia and dozens of other states to police the vote. That movement — rooted in the lie of rampant, election-stealing voter fraud — escalated in tandem with former president Trump’s utterly baseless accusations of widespread illegal voting. More than 60 of the former president’s lawsuits were dismissed, even in cases where the federal judge was a Trump appointee. The lone instance when the former president found success in court didn’t even deal with alleged voter fraud but rather the amount of time Pennsylvania voters had to fix errors on their mail-in ballots, according to PolitiFact. That’s still not thwarting the GOP’s mission.

Texas Republicans, from Gov. Greg Abbott to Attorney General Ken Paxton, have fueled that cause for years, investigating and resolving a small number of minor voter fraud cases in the state. Last year, that involved Harris County residents accused of giving false addresses on voter registration forms. After Trump’s defeat, Paxton tried to overturn the election results in four battleground states. Then, on Jan. 6, Paxton addressed protestors in Washington, D.C.

“What we have in President Trump is a fighter,” Paxton said, shortly before rioters stormed the U.S. Capitol, resulting in five deaths. “We will not quit fighting.”

Texas House member Briscoe Cain, a Houston-area Republican who was part of the legal team attempting to overturn Pennsylvania’s election results last year, was appointed chair of the House elections committee this year. He oversaw the 17-hour committee hearing earlier this month on HB 6, which he authored. The hearing illustrated how conservative activists in the state coordinate with Republican officials to drum up allegations used to justify tougher voting laws.

During testimony, Alan Vera, chair of the Harris County GOP’s “Ballot Security Task Force,” warned of “dead voters” because people had reported deceased relatives receiving applications for absentee ballots after officials tried to expand mail-in voting last election. Vera, also a co-founder of a conservative group called True the Vote (formerly King Street Patriots), has been nationally active for a decade in recruiting election monitors and advocating for voter roll purges. A self-described ex-U.S. Army Ranger, Vera said in a 2012 speech that he had the goal of recruiting a million poll watchers, calling on “patriots” and fellow veterans to rise up to defend their system against what he called “domestic enemies.”

True the Vote members, who were involved in recent voter challenges in Georgia, also participated in purges of so-called dead voters in Texas, like the 2012 purge that targeted about 300,000 Texas voters with common names, including Sylvia Garcia, a long-time Houston politician who in 2018 was elected one of Texas’ first Latina members of Congress.

The movement to change Texas election laws isn’t isolated to conservatives in Harris County. During the hearing on HB 6, Monty Bennett, a Dallas hotel magnate and moneyman for hard right conservatives in Texas, told lawmakers that voter fraud had tainted several recent elections in Tarrant County. Bennett is part of a crew of North Texas Tea Party sympathizers who began focusing on voting laws after claiming forged applications for mail-in ballots doomed their preferred candidates in a 2015 Tarrant County water district election. In the hearing, Bennett claimed his group’s investigation into Tarrant County elections uncovered thousands of fraudulent votes over several years and implicated top local Democrats. However, years after their probe, on the eve of the 2018 midterms, Paxton unveiled charges against just four low-level campaign workers accused of forging signatures or “providing false information” on mail-in ballot applications for 28 people. One of them also faces a single second-degree felony count of illegal voting for allegedly marking one elderly man’s ballot without his permission.

“The kingpins got away,” Bennett told lawmakers.

Voting rights groups have condemned changes to election law that Texas Republicans are pushing at the Legislature this year as a naked attempt to suppress the vote and say new restrictions would disproportionately burden vulnerable voters, as well as people of color in an increasingly Black and brown state. The Texas Civil Rights Project says its voting hotline received 267 reports of voter intimidation during the 2020 general election, including reports of poll watchers who crowded voters trying to cast their ballots. Nina Perales, vice president of litigation at the Mexican American Legal Defense and Education Fund, fears the changes would encourage “vigilantism” among poll watchers while subjecting voters with limited English proficiency to further scrutiny.

“Many people will be deterred from voting if they think that somebody’s going to follow them around at a polling place and watch them vote,” Perales said.

During his webinar on poll monitoring in Harris County, Ely highlighted how a much smaller group of poll watchers had already reported a dozen instances of alleged fraud during the November 2020 election and submitted affidavits to Paxton’s office, yet Paxton, Ely said, “is slow-walking these cases.” Obtaining video proof of alleged misconduct, possible if state law changes, could help volunteers prevail in what are otherwise “he-said, she-said” cases, Ely told party members.

In a press release describing the webinar, Common Cause executive director Anthony Gutierrez characterized the party’s emphasis on alleged voter fraud in minority neighborhoods as a racist “dog whistle” and “the exact same dangerous rhetoric that led to the insurrection at the Capitol, but this time the target is Black and brown communities in Houston.”

In an email, Harris County Republican party officials insisted their hour-long “grassroots election worker recruitment video” had been “blatantly mischaracterized” in what they called a “shameful effort to bully and intimidate Republicans.”

A version of this story originally appeared in the Texas Observer. 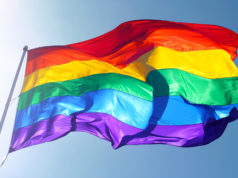 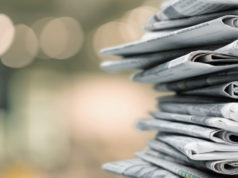 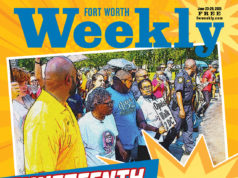