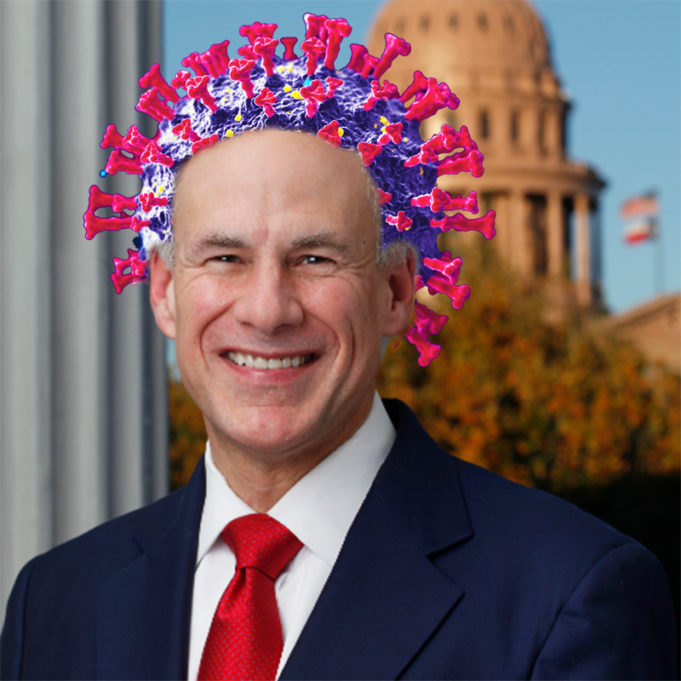 The big news locally is still the coronavirus. The Texas health department says that we averaged about 260 COVID-19 deaths per day over the last month. That’s well over 7,500 poor souls gone too soon. And at the same time businesses are going out of their ways to force their employees to get the damn jab already, Gov. Greg Abbott, he of always useful ideas and no political biases whatsoever, thought the time was right to ban any and all COVID vaccine mandates, including for private employers, like the major airlines that could be forgiven for not wanting to turn their otherwise thrilling modes of transportation into flying coffins. The airlines are ignoring him, rightfully so, and so is San Antonio ISD, which maintains a vaccine mandate for all employees after some of them were likely killed by the virus. Playing politics would be excusable if so much grisly death wasn’t involved, and it’s not like vaccines are something new. For decades, Texas public schools have required K-12 students to be vaccinated for an array of ills: tetanus, polio, measles, mumps, rubella, hepatitis B, chickenpox, meningitis, and hepatitis A, and health care and veterinary students have seemingly always been required to be vaccinated against rabies, tetanus-diphtheria, and hepatitis B. The COVID vaccine has been four decades in the making. It’s FDA-approved. The pushback now comes from a glaringly obvious place.

There’s a large, evil-spirited segment of this country that thinks the vaccine is a means of controlling our minds and bodies in ways that our AI-enhanced phones just can’t or it’s some kind of ploy to discredit Dear Leader, who hilariously tried to take credit for the vaccine at a “rally”/cesspool recently only to get shouted down by his cultists in attendance. Greg Abbott, who is vaccinated and who says the vaccine is “safe, effective, and our best defense against the virus,” believes personal choice should play a role in whether or not we survive this seemingly never-ending shit-show of a pandemic. As the old saying goes, your right to swing your fist ends at my nose, and for the tinfoil-hatted rowdies who claim “my body, my choice!” applies to the vaccine and abortion equally, let me just say that the only person ever harmed or potentially harmed by an abortion was the pregnant woman who had the procedure, while choosing not to be vaccinated puts all of us in danger. There’s a huuuge difference.

You just gotta love how Republicans, and conservatives in general, can talk out of both sides of their mouths at the same time. The Abbott talking point, and I quote, that “private businesses don’t need government running their business” is funny considering that by disallowing private businesses to mandate vaccines, Gov. Greg Abbott and the Texas government are … telling private businesses how to run their businesses. Common sense. It’s the cost of being pulled so hard to the right, you can’t differentiate between good and bad, right and left, dogs and cats, real pizza and bread with ketchup on it!

The right’s pull for Abbott has come from his chief primary challenger, Don Huffines, who, of course, was in no hurry to take credit for Abbott’s decision. None at all.

“I am very pleased to see that our campaign has forced Greg Abbott to reverse his position on this important issue,” bragged the former Dallas state senator a minute after Abbott made his announcement.

All of this pressure from the right, on Abbott and Huffines particularly, is coming from one source and one source only. And he’s orange and rape-y.

There’s no doubt that The Former Guy is in control of the Republican party, even though a majority of Republican senators recently said — off the record, naturally — that they’re dreading his 2024 presidential campaign and just want him gone. How can you wash yourself of the stink of the pigsty when you lived in it since 2016 and continue to live in it now?! This is your mess! And while I wish I could say, “You clean it up!,” I know that’s not possible, because even the biggest Lincoln Party-loving pol knows that to turn their back on the orange guy’s base base means certain political death. Now that the country is firmly divided into democracy lovers and the lovers of authoritarianism, even getting whooped at the polls to the tune of 7 million more voters/patriots won’t stop what has been released: a gross repudiation of all the gender, racial, and cultural (not economic) progress we’ve made over the past 50 years or more. It’s sad to say, but I’m kind of happy Donald Trump was the one to unleash the hatred. Could you imagine if someone capable had done it? Someone not completely pill-fucked and asinine? Someone who didn’t fumble out his asshole to form a coherent sentence, who didn’t see the White House merely as a branding opportunity, someone who actually had some business or political sense? We’d be in Season 17 of The Handmaid’s Tale by now.

What we should all remember at the polls is that Gov. Abbott played politics with our lives at our darkest hour, and the hour is dark — can’t change the channel on those 260 body bags a day, kinfolk. Abbott is making this move only because the guy who won the U.S. presidency by a mandate-effecting 7 million more votes (there’s that lovely number again) said all employers with more than 100 workers either mandate vaccines or test weekly. For the guy who said businesses should make their own decisions about mandating vaccines one day to actually banning mandating vaccines on another, it’s clear that Greg Abbott cares more about getting reelected by the base base or satisfying the bloodthirsty demons who lobby on behalf of Big COVID than actually protecting us. *rings handbell of shame*

Talk about flaunting what you got. Even though people of color fueled Texas’ population growth by 95% (!) over the past decade, the Texas Senate recently approved a congressional map that draws no — zero, none, zilch — Black or Hispanic districts. Our two new seats in Congress will be whiter than a Whitesnake concert on White Rock Lake. How’s that for playing fair? It’s OK, I keep telling myself. In 20 years, all of these old, rich, prejudiced white guys are going to be worm food and replaced by the hot-shit AOCs of the world. I just hope I’m around by then. All of this injustice and the distinct lack of pushback is taking a toll on my G.D. liver.

Like, two minutes after a federal judge’s order blocked Texas’ absurd, regressive abortion ban, an appeals court allowed it to resume. Now, doctors who performed abortions during the block are now exposed to lawsuits. This is totally normal. Nothing to see here. The year 1952 will be a good one for us, praise be.

I understand that playing politics is part of politics, but there comes a time when you just wanna b-slap some mother-hunchers. I’m looking at you John Cornyn and Ted Cruz. The two U.S. senators from Texas have routinely backed more government borrowing during Republican reigns but were claiming we’re broke because Biden and the Dems wanted to raise the debt limit to prevent, oh, just the entire collapse of our economy. You know the scoundrels are desperate when they’re willing to sacrifice zillions of dollars and just as many jobs and broken families to assume control of the federal government to turn us into a church-state. And don’t think a church-state is that far off. If Dems don’t get their shit together, that’s exactly what’s going to happen. Chances of the Dems getting their shit together? I’d get your floppy white hats ready, ladies. — Anthony Mariani

This column reflects the opinions of the editorial board and not necessarily the Fort Worth Weekly. To submit a column, please email Editor Anthony Mariani at anthony@fwweekly.com. Submissions will be edited for factuality and clarity.

Ed.’s note: In a previous version of this story, the writer misidentified a school district with a vaccine mandate as Waco ISD. It is San Antonio ISD. We regret the error.