A more composed, mature person wouldn’t make Wizard of Oz references every time TCU squares off with Kansas, but I’m only a man and not a particularly refined one. I mean, other than Dorothy, accompanying tornados, corn, and outlandishly expensive toll roads, I defy you to tell me anything else about the Sunflower State. The only thing ringing through my ears after the Horned Frogs squeaked by KU was “I’m glad we were home, I’m glad we were home,” because without a little extra Carter karma, TCU probably would have lost. This year’s underachievers have only one road win — in Lubbock — to speak of this season. Despite frustrating one-possession losses to rivals SMU and UT in Fort Worth, this offense finally proved they could possess the ball last during a tight game and perform in the clutch to seal victory, and it wouldn’t have happened in Lawrence.

This game was won on the backs of senior wide receiver Derius Davis (#11) and sophomore running back Kendre Miller (#33). Davis, who is a receiver and return specialist, has had a two-steps-forward/one-step back season. The native Louisianan came through huge on Saturday as he stepped into the feature-receiver role by taking a jet sweep for TCU’s first score to give the Frogs an early lead. Temporary coach Jerry Kill’s Frogs lost that advantage at the beginning of the second and wouldn’t regain it until near the end of the third. Both after-half touchdowns would come thanks to chunk runs by Miller and Max Duggan (#15). Both players have fought through ailments and missed time over the last several games. Duggan’s primary receiver, Quentin Johnston (#1), missed the entire contest, and we haven’t seen first string back Zach Evans (#6) in what seems like forever.

Despite an uncharacteristically strong third quarter, the Jayhawks were able to fight their way back into the fray thanks to the running and passing ability of quarterback Jalon Daniels (#6), who connected on 22/30 passes for two touchdowns and added another on the ground.

Deadlocked with just more than four minutes remaining, TCU managed a 12-play 67-yard drive to come close enough for a Griffin Kell (#39) field goal to seal their second conference win in three games and third of the season. The grittiness of Duggan, Davis, and Miller was the difference between winning and losing. Duggan ran exceptionally well while still dealing with a broken bone in his foot, though his passing performance is still lacking compared to backup Chandler Morris (#14), who was also hurt this week. Miller reminded everyone of his big-play ability by accumulating more than 100 yards on only 12 carries. Davis logged a touchdown and 155 yards between receiving and rushing. Despite it coming against Kansas — a certified conference and FBS bottom-feeder — a win is still a win, and this group has only five this year. The Longhorns would have loved to have edged past this group, and we can’t discount any victory. Much better Frog squads than this one have struggled with KU in the past, and this Rock Chalk group had the momentum of a historic victory in Austin blowing in their sails.

Realistically, the winning for this season has concluded. TCU travels to Ames to play Iowa State on Friday. The Cyclones have what the Jayhawks didn’t, a great rushing game. Prominent running backs have been the torn Achilles of the Frog’s defense all season, and I expect coach Matt Campbell will arrive with a game plan to control the ball and wear down what is one of the worst rush defenses in the country.

Offensively, not even the coaches know what to expect or who will be playing. If the group who clicked against Baylor takes the field, it could be a close loss, but I’m expecting something more akin to the Kansas State beatdown as the Frogs have languished during every trip north they’ve made this season.

Reportedly, TCU’s administrators are narrowing into the final stages of their new coach selection. All signs point to Sonny Dykes making a marginally further commute and ditching one overprivileged fan base for another. We’ll analyze Dykes when the official announcement is made, which I expect it will be as soon as Saturday. When the new coach in question arrives, I pray that they — and the remaining administration — take a long and careful look at whatever strength and conditioning program the Frogs are implementing. Don Sommer, the assistant athletic director for strength and conditioning, has been with TCU nearly as long as former coach Gary Patterson had (20 years, currently). Whatever is happening in the power racks isn’t working, and I’m not talking about on-the-field performance. I’m referencing off-the-field in street clothes. The “injury bug” sticks around the Frog fieldhouse like mosquitos due to standing water in the sweltering Texas summer. Previously lauded purple players have been among the physically strongest at their positions over the years. TCU’s Night of Champions is a lifting exhibition featuring TCU football players squatting, bench pressing, and power cleaning mindboggling weights. As impressive as these stats have been, the games-played category is concerning.

Granted, football is a game of injuries, and predicting them is as futile as forecasting North Texas weather, yet the results speak for themselves, and the goal of any strength and conditioning program should be to keep athletes competing, first, and developing extreme strength, second. 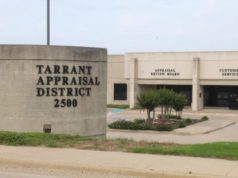