I can’t overemphasize what a coup it is for the Cliburn to sign up Marin Alsop to conduct the final-round concertos. The trailblazing protegée of Leonard Bernstein made history 15 years ago as the first woman to be named music director of a major American orchestra (Baltimore Symphony Orchestra, to be precise). By all accounts her tenure in Charm City, which ended last year, was a successful one, and there’s a ton of evidence to indicate how good she is. She’s the reason I’ve been looking forward to this edition of the Cliburn in particular. She wears a red shirt under her black jacket with the cuffs sticking out from the sleeves, a canny trick to help the musicians see her hands better.

The format of the final round has changed, as the organizers clearly have been trying to prevent the audience from hearing too much of the same six concertos that the players always pick. (Say it with me: Tchaikovsky 1, Prokofiev 2 and 3, and Rachmaninov 2 and 3 plus the Rhapsody on a Theme by Paganini.) This time, the musicians must pick two concertos from pre-selected lists, and all six of the aforementioned warhorses were placed on the same list. We’ll still get two versions of Rachmaninov’s Third in the same session on Friday, but we’ll also hear Grieg’s Piano Concerto and Gershwin’s Concerto in F, two works I’ve spent decades agitating to hear at this competition. Glory be! The squeaky wheel etc. etc. Next time we do this, I want to hear someone play Vittorio Giannini’s Piano Concerto. Hey, it’s worth a shot.

Lim Yun-chan begins with Beethoven’s Third Piano Concerto, and it’s the best performance I’ve heard from him here. The piano seamlessly integrates with the orchestra, and don’t underestimate the difficulty of that in a competition where the contestants have insanely short rehearsal time with an orchestra and conductor that they’ve never worked with before. There are a few ill-judged moments in the second movement, but those are the exception, and the duet for the bassoon and flute behind the piano in the middle of that movement is quite lovely.

The fatigue monster bites Ilya Shmukler in a major way as he plays Rachmaninov’s Third Piano Concerto. He sounds tentative and his phrasing is labored, which is about the last thing I expected from this player. I hear him losing his grip during the exchange of chords between the piano and the orchestra in the opening movement. When the piano restates the opening theme near the end of the first movement, he’s so weak that I actually wonder, “Is he okay?” He does find some reserves of energy and sound mightily impressive in spots, but overall this performance is actively depressing, even though the Fort Worth Symphony Orchestra sounds glorious, never more so than when playing the main theme of the second movement. That’s why you put Marin Alsop on the podium.

Full disclosure: Back in college, I wrote a paper for my music theory class analyzing the structure of Gershwin’s Concerto in F, so I probably know that piece better than any other orchestral work out there. I picked that concerto because I liked it, and I can tell that Clayton Stephenson chose it here for the same reason, and who cares whether it helps or hurts him with the judges? (Gershwin’s music is close to 100 years old, and yet some people in pianistic circles are still snooty about his concert works.) He puts in his own jazzy flourishes that are not in the score. They work because he has a real feel for this music, investing humor and swing when the piano enters in the second movement. Here’s a serious mind who remembers that what we’re doing here can also be fun sometimes. He’s a musician after my own heart. I can’t remember the last time I enjoyed a concerto performance so much, either at the Cliburn or elsewhere.

It’s on Uladzislau Khandohi to give us a Rachmaninov concerto with enough power. He plays the Second, and does it without any distinction, drama, or emotion. The show winds up being stolen by FWSO, with the horns (which had some dodgy moments on Tuesday) making some great sounds in the second movement and the strings embracing the famous theme in the third. The end of the concerto sounds like the pianist is running with the needle on “E,” but before that he makes this sound the way it should. It’s the Cliburn finals, and here I am settling for adequacy. Wait, no, that’s too simple. It’s not the easiest thing to manage your energy so that you stay reasonably sharp all the way through in an environment like this, and it’s a handy life skill for a musician who will be dealing with at-times hectic schedules. Still, the old woman sitting next to me in the hall falls asleep during this performance, and I sympathize with her.

The last woman standing this year is Anna Geniushene, who performs Beethoven’s First Concerto wearing what appears to be silk pajama pants. That might actually be a good idea for concert attire. These 18th-century works seem to fit her best out of what we’ve heard, and while she plays the two big cadenzas with force and precision, she spends the rest of the time blending in with the ensemble. That’s not the approach that I prefer, but it’s a defensible one. She’s slated to play the Tchaikovsky Concerto next, where the self-effacing approach isn’t going to work, so we’ll have to monitor that, but her Beethoven is good enough to raise her stock.

The other guy who’s playing well enough to win this competition is Dmytro Choni, and I’m back in the hall to shout my encouragement. He plays Prokofiev’s Third Piano Concerto, and it has everything you could ask for: the panache, the mordantly antic sense of humor, the details coming through bright and clear. He and the orchestra make the beginning of the second movement sound like the score for the creepiest Disney cartoon ever made. This work sounds like the masterpiece that it is, and it’s good to be reminded of the high points of Russian culture at a time like this. The person most responsible for it is a Ukrainian who’s working under pressures that you and I will never know. That’s where we are right now. Everybody still has one concerto left to play, though. 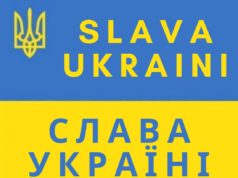 Blogging the Cliburn (Semifinal Round, Days 1-2)