Home Calendar Big Ticket Livin’ La Paz Loca
SHARE
Facebook
Twitter
As we’re learning from the Middle East, trying to implant American-style democracy overseas is a much harder job than it looks. For an example closer to home, look no further than Our Brand Is Crisis, a documentary film by Rachel Boynton, who was given total access to Bolivian president Gonzalo Sánchez de Lozada’s 2002 re-election campaign, run by a hired American political consulting firm, Greenberg Carville Shrum. The interested parties probably thought the filmmaker would turn them into heroes. As with so many other things, they turned out to be wrong. 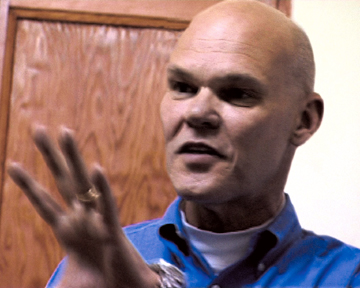 The left-leaning Yanks in Bolivia, led on the ground by a well-intentioned but clueless pollster and Ben Stiller look-alike named Jeremy Rosner, use American tactics, such as focus groups and negative ads, to lead the unpopular Sánchez (“Goni” to his countrymen) to victory. Unfortunately, in doing so they overlook the fact that the U.S.-educated capitalist Goni is corrupt and a mighty fool. The movie climaxes with the end of Sánchez de Lozada’s short-lived reign, when he disastrously uses military force to put down anti-government protests in 2003. The result is 59 people dead, Goni ousted from power and exiled to America, and the election of extreme leftist and cocaine farmers’ friend Evo Morales as president. (U.S. ambassador Manuel Rocha unwittingly helps out Morales by comparing him to Osama bin Laden. James Carville is seen here calling the ambassador “a real idiot.”) This political thriller, which screens in Fort Worth before ever playing in Dallas, shows the dangers of trying to export democracy.