Home Arts Art Dat ‘70s Show
SHARE
Facebook
Twitter
As far as places to get an MFA in studio art go, the University of North Texas is all dat. Texas Christian University and University of Texas-Arlington have their unique, incidental charms. 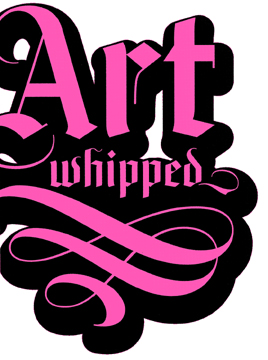 But neither school can match the intellectual rigor, considerable resources, and, most importantly, hipster cachet of UNT. The crusty profs at TCU and UTA keep advocating (yawn!) history, composition, and the antiquated concept of manual dexterity. On the other, um, hand, UNT’s swingin’ gurus reportedly — and, by all accounts, unwittingly — stress fashion, idiosyncrasy, and knowing the right Manolo Blahniks to lick. As TCU and UTA students sketch until their tiny mitts cramp up into crimson blobs, UNT apprentices painlessly “interrogate ideas.” That’s fancy talk for “just do whatever and explain it all later.”

So when searching for art that reflects new, global advancements/de-evolutions in thought, media, and technique, UNT’s School of Visual Arts is the source. Based on a group show by this year’s crop of grads, the way of the hipster can still lead to moderately insightful work. But the tack may also be on a long, grueling descent into wiggidy-wiggidy-wackdom (only to resurface years from now, undoubtedly, as lovable retro).

Hanging at UNT-Artspace-FW until Saturday, Art Whipped offers a bit of everything: photography, collage, pottery, photorealist painting, sculpture, installation. But no video, which is odd, considering that nearly all 19 pieces are united by a single, implied, small-screen theme: That ‘70s Show.

Ain’t a dang thing wrong with artists’ gleaning inspiration from their pasts. Whether formed harshly on the frozen steppes of Upper Mongolia or comfortably on the downy lawns of sunlit suburbia, biographical background is biographical background — everybody’s is legit. But what happens today when several MFA candidates at a not-too-cheap institution of higher learning are instructed to mine their pasts? The once singular Age of Aquarius starts to seem like a rhetorical crutch. Piling on top of Hollywood, young adult fiction, and mainstream music, it also comes off a tad homogenous.

Trish Igo’s “Pet Dreams: Fish Aquarium” has the character of a science project completed in a rush on the bumpy ride to school. A pale statuette of a kitty the size and shape of a large cucumber hangs by wire atop water in a fish tank. Beside it, on an end table anchored by a deliciously campy, dusty-gold, Cubist-influenced decorative lamp, several smaller statuettes of woodland creatures passively mind their sterile surroundings. “Pet Dreams: Burden” suggests either that PETA should begin fighting for the rights of living animals’ ceramic brethren or that we have a crazy cat lady in the making.

Likely assembled from found objects, “Fish Aquarium” and “Burden” point up a common problem ‘round here. Why in the world do local installation artists think that “dirty” equals “real”? A fish tank caked with grime isn’t any more effective than a fish tank brought to a handsome sparkle by a few squirts of Windex and some good ol’ fashioned elbow grease. True, unframed visual art should raise questions, but “Am I breathing in deadly mold spores?!” is not one of them.

Rachel Black’s accomplished yet mannerist “Dearly Beloved” eases on down memory lane with slightly more spunk and funk than Igo. The piece isn’t just photorealist. It really looks like a page from a photo album, blown up to the size of a car hood. At the top is a closeup of young blond boy in a white tuxedo. Below him is a shadowy image of a bride and groom kissing, and at the bottom, an incandescent action shot of a tug-of-war contest. Just like in a photo album, angular chunks of negative space cordon off concise riots of dense, fluid color. All of the clothes, naturally, are straight from Polyesterville. (A minor quibble with the lighting: The upper regions of the canvas are washed out by glare.)

Elsewhere, subtext conjures the days of disco — and the oil embargo and the Iran hostage crisis and a bunch of other crap from 30 years ago that we’d rather forget. The silver, sci-fi necklace that adorns a mannequin’s black torso in Jacqueline Falcon’s mixed-media work totally quotes Planet of the Apes. The aqua in Diane Simon’s delicate yet frightening ceramic sculpture hasn’t been seen since K mart ruled retail. (The chain store’s original text logo incorporated red and a similar hue of blue-gray-green.) Natalie Marcellaio contributes a sterling silver Christmas ornament from which a dozen long, spindly, sterling silver spider legs creep outward in all directions.

As recently as the 1990s, educators and their pupils did not get along. Profs thought their students were needy no-account hacks, while students considered their profs Establishmentistas hellbent on defending the status quo ’til death or tenure, whichever came first. In any type of grad program, especially one as subjective and non-empirical as studio art, profs and students would do well to be skeptical of each other. Every time he looks at his students, a teacher should see a million little speed bumps on his path to artistic immortality. Every time his students look at him, they should see a crotchety, washed-up charlatan. When the two parties are simpatico — like they are at UNT, evidently — it’s seriously creepy.