Home Music Listen Up Eli Cook
SHARE
Facebook
Twitter
With recent and upcoming gigs at Baines Books & Coffee, The Dew Drop Inn, and the Senior Center Blues Barbeque in and around his hometown of Charlottesville, Va., Eli Cook might seem, on paper, like your typical 20-year-old musician still trying to figure things out. He’s not. 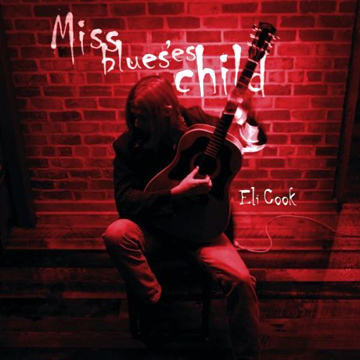 He’s a shaggy-haired white boy who plays and sings the Delta blues like he’s been doing it for 80 years. Schooled in Muddy Waters, John Lee Hooker, Lightnin’ Hopkins, and Mississippi John Hurt, Cook began performing at local gospel shows and revivals when he was 15. His debut c.d., Miss Blues’es Child, is musically simple and intriguing. Cook sings in the slurred, sometimes droning style of an old bluesman and has a guitar tone that alternates between low-down greasy and refreshingly crisp. His only accompanist is Patrick McCrowell on banjo and a bit of vocal harmony. The playing is restrained, leaving plenty of room for the mind to roam. The dozen songs include five of Cook’s and seven by the likes of Robert Johnson, Son House, and Jimmy Reed, along with a couple of traditionals, “Irene” and “Goin’ Down South.” Cook manages to bring a respectful freshness to the old songs. So far, he’s mostly played around his home region, but he’s also opened for B.B. King and performed with African percussionist Darrell Rose on the Kennedy Center Millennium Stage in Washington, D.C. On Miss Blues’es Child, he seems ready for the road.