One of the best things about the Lone Star International Film Festival, presented by the Lone Star Film Society, is that the festival’s inaugural outing last week was true to the “Lone Star” and “International” portions of its name. 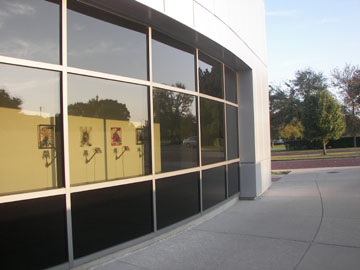 The films that weren’t made by Texans, shot in Texas, or starring Texans were from all over the globe. (We’re like our own little country anyway, so … .) All manner of movies were shown — documentaries, shorts, features, you name it — and there were a lot of ’em too, way too many for one person or even one small army to see. The festival also handed out awards, mainly to established stars such as Martin Sheen, Harry Dean Stanton, and homeboy Bill Paxton, and also put on a bunch of panels and parties.

I stuck to the theaters, starting on Friday with a shorts package, where I got to see two gems: Fridays at the Farm, about an organic farm colony, and one that I’ll take to my grave, Absolute Zero, about a man who froze to death inside a refrigerated train car and recorded — in graffiti on the walls — his slow demise. Next came the captivating if poorly structured feature-length documentary Good Riddance, about the disappearance and murder of atheist activist and, by most accounts, all-around horrible person Madalyn Murray O’Hair, and, finally, The Keeper: The Legend of Omar Khayyam, about the life of the renowned 12th-century Persian poet and mathematician and his relationship to Islam. Great source material, but the movie was kind of amateurish, and the talking heads were boring.

Ironically, as The Keeper ended, one of the festival’s staff members informed us that people outside were handing out comics by fundamentalist Christian Jack Chick. The pamphleteering, as it turned out, had nothing to do with the screenings. But having just watched films about reason and extremism in Islam and about an atheist who was as mean-spirited, ideological, and judgmental as the Christians she deplored, I seriously wondered if God wasn’t trying to say something to me — maybe that every side has its share of a-holes and that they shouldn’t be the ones to define their faiths.
I was whistling a different tune on Saturday, when I took in one of the most terrifying — in a good way — movies I’d ever seen, a Filipino fright called Signos. Despite its small budget and a story that didn’t completely add up, the flick scared the, um, bejesus outta me.

I missed the panels and parties and some of the other activities and festivities, but I didn’t miss the festival’s closer, the soon-to-be-in-theaters Grace is Gone, starring John Cusack. Or, I should say, I didn’t miss the parts of the movie that were available — the festival had acquired only the first 30 minutes of the film. After realizing the error, festival staff invited us audience members to watch another film, Paint it Yellow, a Bollywood production and — for shame — the only one I’ve ever seen. I definitely need to see more. Overall, the experience bodes well for future LSIFFs. Most of the crowds were small but interested, the selection was a solid, diverse mix of potential indie-hits and straight-to-video darlings, and I got an autograph from Martin Sheen, who also gave me a frank appraisal of his unreleased movie, Bordertown. In a couple of words: Skip it. — Cole Williams 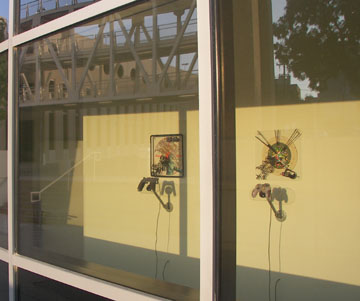 When UNT Artspace FW opened about three years ago, the school’s small branch gallery graciously — and elegantly — filled a glaring void, that of a non-commercial exhibition space that, by its an affiliation with an institution, commanded respect. Fort Worth has long had a strong core of commercial galleries, and the number of shows in non-traditional spaces keeps growing. But commercial galleries need to sell stuff to stay afloat — and the stuff that sells is mostly traditional in form. Most non-traditional spaces, conversely, are high on experimentation but do not have the requisite professional stewardship to be taken seriously by anyone except hardcore art-appreciators.

Located inside the school’s Health Science Center in the Cultural District and featuring art only by UNT students, professors, and alumni, UNT Artspace FW represents the best of both worlds. It’s not under any pressure to sell anything — the school pays the bills — and, freed from the shackles of commerce, the gallery encourages experimentation. In addition, art-world professionals curate and install every show, ensuring a quality comparable to that of any museum, commercial gallery, or other university exhibition space. Notable artists who have exhibited at Artspace FW include Brian Fridge, Patrick Young, Jennifer Pepper, Robert McAn, Greg Mansur, and Omar Herndandez.

But in March, Artspace FW will go the way of Four Walls, Cowtown’s only other professionally run non-mainstream gallery of recent memory. Health Science Center administrators have chosen not to renew Artspace FW’s lease. The center is expanding its campus and needs the gallery space for classes. “We will continue to support the arts,” said the center’s Dana Russell, noting that exhibitions will continue in the atrium of the Education and Administration Building across the street. The center actually offered the atrium gallery to Artspace FW, but art department honchos declined. The atrium, according to Robert Milnes, dean of UNT’s College of Visual Arts and Design, doesn’t provide ample protection from foot-traffic and is about half the size of Artspace FW’s already minuscule area.

Renovating the existing space cost the art department about $55,000, Milnes said. Including $4,000 in annual rent, the art department has dedicated about $20,000 every year to keep the gallery open. Though funding isn’t a formidable problem, Milnes said he does not believe his art department will open another branch gallery in Fort Worth any time soon. “Money, time, and space are three things that there’s never enough of in the world,” he said. “We won’t rule out [opening another gallery in Fort Worth], and we’re very interested, but the odds of us reinvesting aren’t so good.” Andrea Karnes, a UNT grad and curator of the Modern Art Museum of Fort Worth, is disappointed. “I’ve liked having UNT Artspace here in Fort Worth,” she said. “It’s been a good venue for plenty of local artists who attended UNT, either as an undergrad or grad student.” The gallery’s current show, CIRKIT OF MYTHOS: The Synaptic Circus, offering multi-media work by Mansur, Hernandez, Eddy Rawlinson, and Jason Reynaga, runs through the end of December. — Anthony Mariani