Sarah Ruhl has told this story often, but it bears one more repetition: She came up with the idea for her comedy The Clean House after going to a party and overhearing a woman talk about her maid, who had stopped cleaning her house. 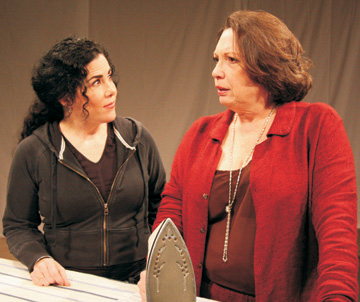 This forced the party guest to do her own housecleaning while having her maid treated for clinical depression. From that anecdote, Ruhl spun this play about two sisters and their Brazilian maid, who obsesses over jokes and cracks some filthy ones in the play, though they’re all in Portuguese. The stage work debuted in 2004 and won all sorts of accolades for its now 33-year-old author, including a MacArthur Genius Grant and a nomination for the Pulitzer Prize.