When you name your band after one of Iron Maiden’s favorite themes but sound like Limp Bizquick, you’re just asking to get your ass kicked. 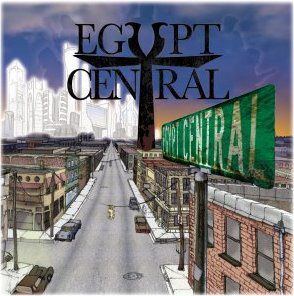 On Egypt Central, a re-release of the titular metal band’s 2005 debut, three main ingredients for nü-metal are here: hurt, hate, and remorse, stuff that was overcooked almost as soon as it came out 10 years ago. At this point, Egypt Central could be seen as a perfect example of everything that’s wrong with the industry – but, first, let’s tackle the problem at hand. “You Make Me Sick,” “Locked and Caged,” and “Just Another Lie” are the three worst offenders. “Alternative” radio is littered with – nay, smothered in – this type of down-tuned nonsense: Start with whispering, breathy vocals, then get all heavy and yell a lot, add an ethereal break, and then layer (and layer and layer) with the production wizardry of whichever knob-twiddler is hot at the moment.

Egypt Central reeks of insincerity, gratuitousness, and lack of soul, which just makes the band’s attempts at meaningfulness seem that much more desperate. At least give the listener an honest lyric, a seductive riff, or an inventive beat, just something that doesn’t say, “That shit’s so 1995, bro.” There is one shining moment here – the closer “Home,” not only because it marks the end of the album but because it’s acoustic-based and, in being less blustery, strong. Maybe if the rest of Egypt Record were more like “Home” and not about posing and being loud, there’d be more positive stuff to say. As it is now, though … .
– Justin Press