Having made such classic documentaries as The Thin Blue Line and The Fog of War, Errol Morris looks deeper into the events at Abu Ghraib prison in Standard Operating Procedure. He interviews many of the U.S. military police officers who committed acts of torture there, including Pfc. Lynndie England, seen in many of the most infamous photos. 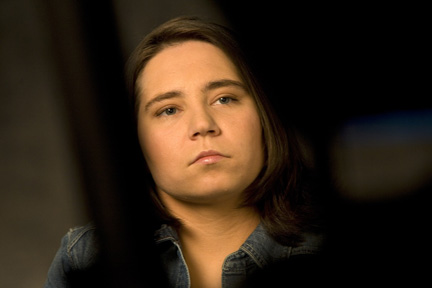 The former soldiers (now civilians after serving prison terms) emerge as composed, articulate individuals, and they paint a compelling portrait of Abu Ghraib as a facility where confusing directives were handed down and higher-ups weren’t laying down rules. No wonder the place turned into a badly run zoo, especially with male officers playing sexual games with their female subordinates. The movie shows photos of horseplay between the officers, some of which are more disturbing than some of the torture photos.

This is notably weaker than Morris’ other films. His signature style has started to decay into mannerism – do we really need a closeup of a frying egg when the capture of Saddam Hussein is described? The bigger picture goes missing; Morris’ thesis that the soldiers were scapegoated by a craven administration goes unsupported. Morris isn’t Michael Moore, nor would we want him to be, but it might have helped his movie if he’d pounded on a few doors and hunted down a few White House or Pentagon flacks with his camera.

Still, this movie tells a story that needs to be told, through the perspective of people who were there and got sucked into doing bad stuff. It’s not enough on its own, but taken together with other Iraq documentaries, this film helps reckon the cost of America’s great foreign policy blunder of the century.