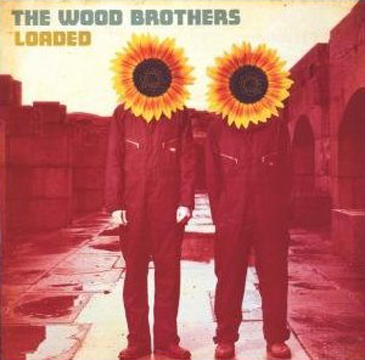 The brothers’ folk-blues-country sound is a little fuller this time – although never overly so – as they make their way through a dozen songs at a leisurely and sometimes positively slow pace. Oliver sings and plays guitar for Atlanta-based blues band King Johnson. Chris is the upright bass player in the popular jazz trio Medeski Martin and Wood and makes his singing debut on his own “Don’t Look Back,” a duet with Frazey Ford of The Be Good Tanyas. Oliver’s gentle rasp is somewhat like that of a fine-toothed saw moving through soft pine, while Chris’ is more like sawdust hitting the floor.

Between them, the brothers wrote eight of the 12 songs. They also do fine covers of Jimi Hendrix’s “Angel” and Bob Dylan’s “Buckets of Rain” and an enjoyable, fuzzy, distorted-guitar version of the traditional “Make Me Down a Pallet on Your Floor.”

The centerpiece here isn’t the title track, a short story of sorts about a man and a woman in a bar in which the former claims that his heart pulls the trigger, though we get the sense that his “heart” is below his belt. No, the album’s real standout is “Postcards From Hell,” a twist on the old legend that Robert Johnson sold his soul to the devil to be able to play the gut-tar reeeeeal good. The hero is a down-and-out soul with a sealed letter in his coat pocket who sings as “sweet as a choir girl” and can also “sing a house on fire.” He says he sings so well because “I got a soul I won’t sell.”