A new group with influential members is preparing to challenge natural gas drilling inside Fort Worth city limits. The first order of business for the Coalition for a Reformed Drilling Ordinance (CREDO) will be to demand a moratorium on issuing any new drilling permits. Their literature includes a newly designed logo with “Whoa!” printed above and “Moratorium Now!” printed below a gas derrick. 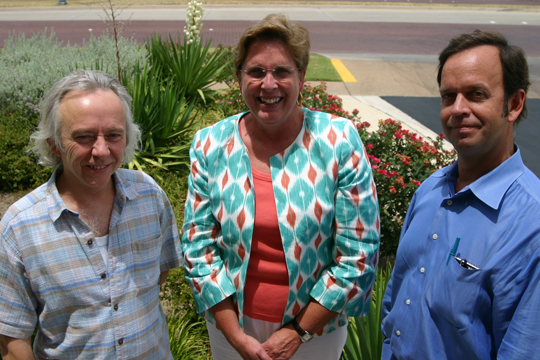 The group’s first rally is set for 11 a.m. Aug. 7 in front of the Will Rogers Memorial Center’s Round Up Inn. They’ve ordered placards, buttons, and a banner and are developing a web site to serve as an information source. “We’ve pulled all this together in less than a week’s time,” said Cathy Hirt, a CREDO founding member and a former Fort Worth City Council member. The rally precedes a noon meeting between the city council and the city’s gas drilling task force.  “We’ll see if the council responds,” she said.  What if they don’t? “We will move on to the next step,” she said. What’s the next step? Hirt wouldn’t say, although filing a federal lawsuit was among the possible actions discussed at a meeting held at her house on July 24. Among those in attendance was local attorney Bill Fisher, a former pipeline company executive who knows much about the industry and doesn’t like how drilling is playing out in Fort Worth.

“I come from the industry, and I see what’s going on here,” he said. In the long term, he suggested the group call for changes at the Texas Railroad Commission, the agency charged with overseeing the drilling industry. Critics say the agency does little to inspect drilling operations, enforce rules, ensure safety, or issue penalties. Fisher and other group members also discussed pressing for new legislation to beef up regulation of the industry. He said using eminent domain to take homeowners’ land and bury pipelines in front yards for private companies is “beyond belief.”

For now, CREDO members are being tight-lipped about lawsuits and instead are focusing on quicker measures with a more positive tack – asking the city to stop issuing drilling permits until there has been a thorough and objective analysis of the issues.

“Are we doing this [drilling] at the risk of the health and safety of our community?” State Rep. Lon Burnam asked. “Municipal government could do more but has failed to do so. We need to stop what we’re doing and assess the situation.” Representatives from the League of Women Voters, Citizens for Responsible Government, Sierra Club, and numerous neighborhood associations also attended and indicated they might be interested in being part of a coalition if their respective groups agree. Don Young, an outspoken critic and founder of the anti-urban drilling group FWCanDo, was thrilled to see influential members of the community rallying to a cause he’s been shouting about since Barnett Shale drilling began here. “The people involved in this are people I’ve been trying to reach for almost four years, people who have money and political influence, something I didn’t have and none of my supporters have,” he said. “Cathy has a lot of friends who are apparently going to back her up on this, people who have been on the fence. This will apply pressure on [Mayor Mike] Moncrief from new people, people he probably already knows.”

Hirt, an attorney who lives on the near West Side, ran against Moncrief in the 2003 mayoral election and has a knack for forming coalitions when she gets riled up about something. She didn’t agree with Young’s assessment that CREDO’s so-called moneyed and influential members will have more impact at city hall than others have. However, she said, people from all walks of life are beginning to have grave concerns about urban drilling, and a concerted citywide effort could influence city leaders to temporarily put the brakes on drilling until more studies can be conducted. Group members were astounded that the city has allowed intense drilling throughout the city without thoroughly evaluating safety concerns. “The establishment as it exists has always resisted any call for improvement, which is really tragic,” she said. “But the momentum is picking up.” Burnam said gas drillers are “acting like they own the town.”

Linda Clark, who represented the Ryan Place Neighborhood Association at the meeting, said she was initially supportive of drilling in the Barnett Shale. She and others saw the advantages being espoused by the industry and city officials – a boost to the local economy, jobs, royalties, reducing reliance on foreign oil, and so on. But she has been startled by the drilling’s intensity, close proximity to neighborhoods, and related issues such as water usage, compressor stations, saltwater injection wells, and using eminent domain to take land for private pipelines. “Never in my mind did I think this would come inside Loop 820,” she said. Burnam said he’s appalled at how gas companies flocked to the poorer neighborhoods first and convinced homeowners to sign away leases for relative peanuts compared to the contracts currently being negotiated. The city should have provided more information and help to its residents, he said.

These situations and drilling’s effect on property values, public safety, air quality, and greenspace are causing a backlash, Hirt said. “There are so many unresolved issues.” “It’s time to take action; the clock is ticking,” Fisher said. Ironically, one of the tipping points that persuaded Hirt and others that CREDO is needed was Chesapeake’s massive ad campaign to convince residents to embrace urban drilling, including the company’s use of popular Texas actor Tommy Lee Jones, who admonished everyone to “get behind the Shale.” Jones might have been the biggest single contributor to the rebellion that is under way. “How many people said anything until they saw Tommy Lee Jones telling them that they needed to be citizens of the shale and that meant supporting the Barnett Shale unconditionally?” Hirt said. “You can say it the Shakespeare way: ‘Methinks the fool doth protest too much.’ Or you can say it the Texas way: ‘Don’t pee on my leg and call it rain.’ ”

Young is thrilled to see more people getting involved in the battle he helped initiate – a fight that has earned him a reputation as a rabble-rouser, led to intimidation tactics from drillers, stretched his already-thin budget, and made him generally despised at City Hall. Getting invited to CREDO’s first meeting and discussing plans of action with Burnam and the others in Hirt’s spacious, high-ceilinged, wood-paneled living room was a sign that popular support of drilling is wavering, he said. “They’re riled up,” he said. “If they invited me, that means something. Maybe they agree with me in principle but don’t agree with my style. They think I’ve been right all along, but they think what’s been missing is a more moderate approach.” Young is ready to share, if not pass along, the torch. In recent years, his FWCanDO group has printed and distributed hundreds of “Just Say

No to Urban Gas Drilling” yard signs and bumper stickers. “It’s a new ball game now,” he said. “The ‘just say no’ is a moot point now. We said no and we lost. There is drilling everywhere. To just say ‘whoa’ is almost the same thing. We’re adapting to what’s going on now by saying slow down, get a moratorium.” Jones’ heavy-handed TV spots helped sway some people against Chesapeake, but Young said the recent influx of pipelines in people’s yards has prompted the most outrage. “I’m getting about 200 e-mails a day, and about half are about the pipeline situation,” he said. “There are a lot of pissed-off people out there. That’s good. People need to be angry for something to happen.” And it can’t hurt when some of those people have money, influence, contacts, and the ability to turn out the vote in future elections.

“This is exciting, thrilling, like a big football game between the Cowboys and Redskins in the fourth quarter,” Young said. “We served our purpose, and now these other people have stepped up, and I’m ready to pass the baton. The idea of a moratorium seemed very remote until [Hirt] stepped in the picture.”