If you’re looking for something to do this weekend, you can’t go wrong heading to the north side of town. 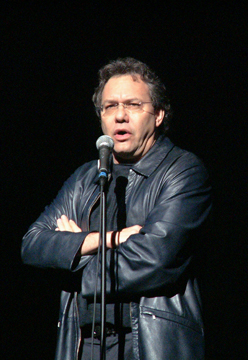 The fifth annual Gran Fiesta de Fort Worth is running all weekend, but instead of its usual location in the downtown area, it’s taking up a new spot at LaGrave Field. There’ll be exhibitors, musical acts, food, ballet folklórico, kids’ activities, and a baseball-themed exhibit called Fiesta de Jonrón run by former Dodgers’ All-Star Pedro Guerrero. Over 75,000 people are expected to show up, and the fact that the fiesta needs the larger space of LaGrave surely bodes well for the event’s future prospects.

Meanwhile, a few blocks north, the Stockyards is hosting a celebration for the National Day of the American Cowboy. Last year a U.S. Senate resolution officially declared the last Saturday in July to be the day to recognize cowboys’ contributions to society. The Stockyards are using the day not only to do that but also commemorate the grand reopening of the new Rodeo Plaza.

East Exchange Avenue will be lined with historical presentations, performances by storytellers, musicians, and a cattle drive. There’ll also be contests in Western art, eating watermelon, drawing a (cap) gun, telling tall tales, singing karaoke, and having the best mustache. The rewards will be sweet for those who can brave the summer heat to attend these Northside parties.