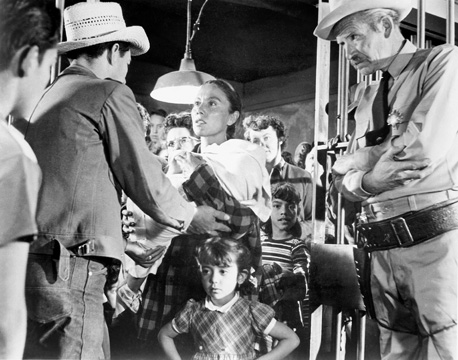 The Modern Art Museum of Fort Worth takes a two-week break from screening current independent films to make room for Still Moving: Classic Films from MoMA. The series includes screenings of restored or preserved prints of 14 Hollywood films, the most recent of which dates from 1954. These copies come courtesy of New York’s Museum of Modern Art, and they’re an excellent chance to see these movies the way their original audiences saw them.


Some of the films in the series are well established as classics (On the Waterfront, His Girl Friday), but most of the others are rarities worth checking out. Frank Borzage’s 1928 melodrama Street Angel predates sound, but stars the first great Hollywood screen couple, Charles Farrell and Janet Gaynor. Robert Wise’s 1949 thriller The Set-Up takes place in real time to explore corruption in the world of boxing. Brute Force and The Steel Helmet are lesser-known entries by celebrated directors (Jules Dassin and Sam Fuller, respectively). Most fascinating of all are the early sound pictures, with Allan Dwan’s infectiously enthusiastic 1929 action picture The Iron Mask showcasing the athleticism of star Douglas Fairbanks, and Ernst Lubitsch’s 1930 musical The Love Parade offering up a refined European-flavored concoction with gender roles that are either delightfully subversive or hopelessly retrograde. Conventional history says that early talkies were stodgy and stagy, but these films pointed the way toward the future that we now live in.