Trying to deal with potential $20 million-plus budget shortfalls each year for the next five, Fort Worth city financial planners found a way to save about $1.8 million in one whack: They’ve proposed doing away with the city health department, for all practical purposes, reducing its 146 employee positions to … one. 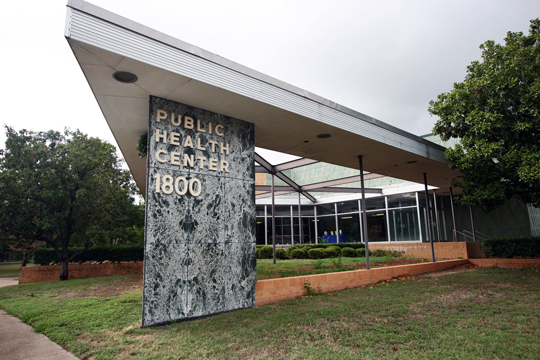 Not all of the health department programs would be killed off by the move. Some would just be shifted to other city departments. Others will be taken over by Tarrant County – a change that could save taxpayer dollars by ending duplications between the city and county departments.

“We were told [by the Fort Worth City Council] to look at ways to provide services differently, and we’ve done that,” said Assistant City Manager Joe Paniagua. “Some were part of a study, some were from a mandate to look at duplicated services” – such as the vital statistics program, which keeps documents like birth and death certificates, which the county also does.

But it’s a move that is troubling to many people, for several reasons. One major stumbling block: the city charter, which requires that the city have a health department. The one-person department seems an end-run technicality to avoid having to ask for voter approval to change the charter. Beyond that, a number of major grants that the city receives also require administration by a health department. And some programs, including a women’s health initiative that helps the city reduce its infant mortality rate, could be cut entirely or their benefits to residents greatly diminished. Then, of course, there are the 36 or so health department workers who’ve already been told they will be laid off, even though the council has yet to approve the budget cuts. “The department does a lot of outreach in the community at a time when we have a healthcare crisis in this country,” said Eastside council member Kathleen Hicks. “I do think the city manager is rushing the process. I have said that many times this week. I would hope that the city manager would report back to the council regarding ongoing negotiations [with the county] while ensuring that our residents receive a continuum of care.”

Mayor Mike Moncrief also spoke strongly at last week’s budget retreat about the need to ensure that any health programs transferred to the county would provide the same level of service as the city department had given.  But a high-ranking and well-known epidemiologist says the changes were decided with no consultation with his program or others. “They’re not moving [his program]; they’re eliminating epidemiology altogether … and we have not been involved in any discussions,” said Witold Migala, who currently oversees the city health department’s programs on epidemiology, vital records, and bioterrorism emergency health preparedness. He understands that the city must find ways for the city to cut expenses, he said, but that doesn’t mean the budget officials know the city’s needs in his specialties. “The analogy is, you can run a hospital, but that doesn’t mean you know how to do brain surgery,” Migala said. “We’re the experts in what we do, and we’ve always been involved in discussion and feedback. This time we haven’t.” 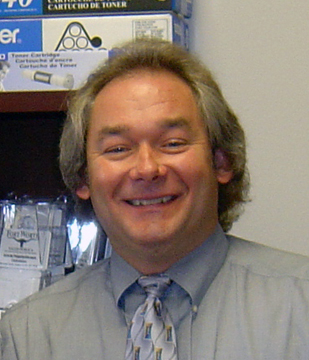 The consumer health program, which includes restaurant inspections, could be moved to the city’s Code Compliance Department and reduced by one position, or the function could be taken over by the county – another possibility under discussion, but not included in city staffers’ presentation to the council.  Glen Garey, general counsel to the Texas Restaurant Association, said that although smaller towns routinely let the county do the inspecting, he’s never seen a city the size of Fort Worth give up that responsibility. “Given the amount of restaurants in Fort Worth, you can support a health department just off of its fees and what have you,” he said. Paniagua said the restaurant inspections would be in good hands. “My understanding is that [the county] has more staff than we do to provide those services,” he said.

In recent years, the city has eliminated its regular hotel and motel inspections, going instead to a system of making inspections only after a complaint is received. It’s a change that seems at odds with the city’s new initiative to end homelessness, since low-rent motels are often an important last-gasp housing alternative.  “As far as I know, there are no plans to change that,” said Amy Casas, the health department’s public information officer. “Though, you’re building this big homeless initiative – where are they going to be housed? Shouldn’t you have something set up?”  While on paper it looks as though the city will save around $9 million (in a $1.2 billion budget) by eliminating the health department, the real savings will be a minimum of $1.8 million because many of the services are only being transferred to other areas of the city. Under the proposed budget, 11 workers in the vital statistics program would stay on the city payroll until the county takes over in January.

After that, only Dan Reimer, currently the department director, would remain. One health worker, who asked not to be named, said Reimer was on vacation last week when the first round of layoffs were announced, leaving assistant director Scott Hanlan to hand out the pink slips.

The future of several other projects is also uncertain under the budget proposal. A grant-funded bioterrorism preparedness program will survive, but be cut from four to two positions. Grants that fund the women’s health initiatives – including that aimed at the city’s infant mortality problem – likely will either move to the county or disappear altogether, since many of them require the applicant to have a health department. Fort Worth no longer has the worst infant mortality statistics in the state, but Migala believes there is still plenty of room to improve.

“It’s disheartening that our city leadership is making a decision to do away with public health, given the fact that we do have the UNT Health Science Center and the School of Public Health,” said the health department employee who had asked not to be named. “We should be making a statement on public health instead of it being one of the first departments cut.” Like Migala, the worker acknowledged the city’s need to cut expenses, but predicted that some city programs won’t get the same attention from the county that they do now.

One program that many have expressed concern about is the Community Needs Assessment survey. Every five years, employees of the city’s epidemiology department travel house to house, gathering information from city residents. This information is plugged into a database that provides information on various health trends in specific areas in the city – asthma rates that might be higher in neighborhoods in the path of industrial pollution or obesity rates that might vary among cultural groups.  City staffers said the current survey will be completed, either by city or county workers. But whether the county health staff would be able to use the database to respond to questions about local health trends is unclear. It’s used by everyone from city officials to local neighborhood groups. Many also have expressed concern with allowing the county to take over the city’s vital records division. The county currently has 15 workers, who handled about 60,000 records requests last year. Taking on the city’s load will add another 30,000 requests a year, according to Migala. A Tarrant spokesman said the county may hire additional staffers and that former city employees would get preferential treatment.

The vital statistics program, on the surface, brings in enough revenue to cover its own expenses and even make money for the city. But Assistant City Manager Karen Montgomery said that, when long-term employee benefit costs are included, the program doesn’t make money.

Migala said that when an operation like a city health department is running well, few notice its work. But when no one is addressing problems like disease or sanitation, the need becomes obvious.  He compared it to the police gang unit, which was cut a number of years ago because it had successfully reduced gang activity. The reasoning, he said, was, ” ‘Oh, we don’t have a problem with gangs anymore so lets get rid of it.’ But then after a few years the gangs come back and the unit is again in full force.”