The part of my growing up that I didn’t do in record stores, I did as an illegal (teenage) patron in old-man bars, shot-and-a-beer dumps where the men who worked in the paint factory in my town or made their livings pulling clams out of the bay used to go to affiliate with their kind.

I’d watch the way they carried themselves and listen to the things they talked about as they sat and drank. On those rare occasions when a female presence graced the room, the bartender would remind us, “Boys, let’s show this lady that this is a gentleman’s bar” (meaning, among other things, “Don’t use the f-word”). 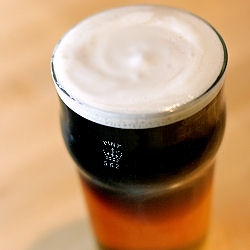 In the mid-’90s, when I was moonlighting at a record store on Camp Bowie Boulevard, my coworkers used to gather at the long-defunct Su-Su Lounge, next door to Zeke’s Fish & Chips, for after-work beers and table-pounding discussions about music and other crucial stuff. The place, while long on character, was short on “ambience,” which made it the perfect spot for us regular guys to congregate, far from the maddening “see-and-be-seen” crowd. In the late ’90s, we shifted our base of operations to West 7th Street’s Wreck Room when we discovered you could get black-and-tans there.

Freshly unemployed in 2002, I’d sell a few CDs from my collection once a week to CD Warehouse on South Hulen Street, then go down to the old Black Dog Tavern on Throckmorton Street when its doors opened at 2 p.m., armed with enough quarters to feed the meter for two hours and enough folding green for three beers. I’d sit in the cool quiet and ruminate on my job prospects for the week, make small talk with the bartender, and usually wind up getting half of my more-than-three drinks comped. When the happy-hour crowd started filtering in, I’d head home. It was a nice reminder of the way a public space like a bar can serve as a safe haven, a refuge.

Lola’s Sixth in the afternoon is that kind of place now. A lot of the folks you’ll see there are the same ones who used to go to the Wreck every night whether there was a band playing or not. After all, Brian Forella, the guy who owns the place and its brethren in the Stockyards, originally opened the Wreck because he wanted a place to hang out with his friends, and that’s exactly what he has now in Lola’s Sixth. You’ll see him there, playing with his new puppy at a corner table, glad-handing, and tale-spinning with the regs.

Another great “gentlemen’s bar” is Malone’s Pub, a more utilitarian version of the classic Irish bar best exemplified locally by Poag Mahone’s. The décor at Ed Noyes‘ long-lived downtown spot is a step down from the dark-wood splendor at Poag’s — but then again, as a wise man once said, “You can’t drink wood paneling.” More valuable is the feeling of anonymity one gets from sitting at a bar with a loved one, exchanging private thoughts while surrounded by people you don’t know from Adam. Sometimes it’s nice stepping out in the agora and still keeping the internal focus off “the crowd” and “the scene” and on, well, whatever it is that we want to put it on in the moment.

My all-time favorite bar of this type in Fort Worth was undoubtedly the late, lamented J&J’s Hideaway. In those days, the Hideaway seemed like the reliable friend you can call when you’re in trouble but don’t always think of at other times. When writing for this publication was my primary income source, those of us Weekleteers who were so motivated would hit the Wreck Room after putting the paper to bed on Tuesday nights, until the week in early 2003 when a storm shut down all of the bars on West 7th Street — except for the Hideaway. Finding the Wreck locked up and its windows dark, a couple of other writers and I slipped and slid our way across the street to the Hideaway, where all the usual suspects from the Wreck — indeed, every barfly on West 7th — had found safe harbor that night.

My fondest memory from the Hideaway, though, comes from the night when I first met my wife, downtown at the Black Dog. There was a band playing there, and we decided to go somewhere quieter. She said she lived down the street from the Hideaway and that she’d meet me there. I figured it was the kindest blow-off line I’d ever heard and resolved to go drink a couple of beers, shoot the shit with Hideaway ‘tender and local jazzbo Brian Sharp, and go home. But surprise: She showed up. And much later, she told me that Brian rolled his eyes white-upward behind my back when I put my hand on hers and told her, “Not seeing you again is not an option.” It was the best line of my life, and I wasn’t even trying. I must have had the spirits of the old guys from the paint factory sitting on my shoulder that night. – Ken Shimamoto