Here’s the thing: I applaud anyone who opens a business right now, especially if the business is in booze. Economists look at the construction industry as a means of gauging the health and well-being of the nation’s proverbial wallet, but I think they ought to look at bars. When people aren’t drowning their sorrows anymore, it means we’re out of hope. So I wish the best for anyone’s new business venture, particularly if it puts a frosty, delicious Miller Low-Life in my hand. As I’ve said before, we’re all in this together.

On the other hand, I’m kind of a grouch, and I still like what I like. Oh sure, I’ve gotten more charitable over the past year (though The Library remains beneath my contempt), but I’ve gotta be honest. When a bar doesn’t do it for me, I can be only polite. This is sort of what I felt when my buddy and I strolled into Oscar’s Pub. 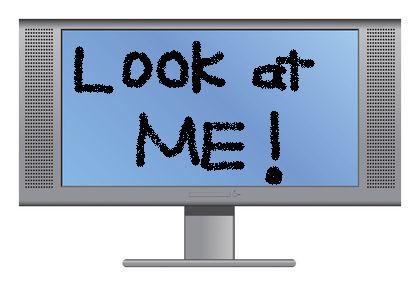 We had five or six drinks, and my tab was under $20, so no complaints there. If you’re wondering what the crowd was like, I’d say that Oscar’s appeals to older “swingles” and dudebros partial to Affliction t-shirts and faux-hawks. I guess if you’re too mature or classy for The Library, this is where you go. Not exactly my native land, but I try to be a citizen of the world, at least where bars are concerned. Overall, everyone was nice, no one shot us the stinkeye (that I noticed), and the bartenders were efficient and pleasant without hassling or interrupting us. Oh, and also, there were lots of comfortable chairs.

But here’s what I didn’t like. For starters, the place was clean, new, and tastefully tiled. It reminded me a lot of that posh breed of bar found in places like the W Hotel in Dallas and the Omni downtown. Except with more TVs. If I were into football, I’d probably go to Oscar’s, since the gladiator sport glowed in HD from just about every available inch of space. And what’s that all about, anyway? Do you get a tax break for every flat screen you hang on the wall? I don’t think it’s necessarily a bad thing, but I’ve noticed that it seems to be the hallmark of every new bar. A ton of televisions, in my humble opinion, saps whatever character your joint might build, but don’t listen to me. I know everyone’s margins are important, and if the all-sports-all-the-time-everywhere-you-look approach boosts your volume, then keep at it, I guess.

But then there was another thing at Oscar’s on boosted volume, and this I cannot understand. Why does every allegedly upscale bar blast that abrasive, annoying, shout-y rap? I lost interest in rap after Tupac went into hiding, and from what I observed on the patrons’ faces at Oscar’s, so had everyone else. In other words, for all of T. Pain‘s enthusiasm, he was nothing more than background noise. Annoying background noise. Like a barking dog. I posit that if music becomes Muzak, then play, I dunno, Thievery Corporation or something. Seems to work fine for those Dallas places.

Given the economy, I’ll give Oscar’s a pass for trying to please as many people as possible. And, of course, if Oscar’s is too much this or too much that for you, you can always go to its reliable older sister, The Mule, owned by the same guy. As long as you’re putting money in local watering holes’ cash registers and tip jars and also (hopefully) in cabdriver’s wallets, I don’t care where you go. Just remember that the best sorrows are the ones sunk at the bottom of a glass. – Steve Steward