When the Fort Worth City Council in July approved setting aside $20 million for a new aviation museum, the decision represented a major step toward fulfillment of a long-held dream for some people.


To others, considering the drastic measures the city has just taken to stave off a severe budget crisis, it looks more like a bad flight plan. And they’re not satisfied with the explanation that federal law keeps this particular pot of money from being used for filling potholes, saving jobs, or any other non-aviation purpose. 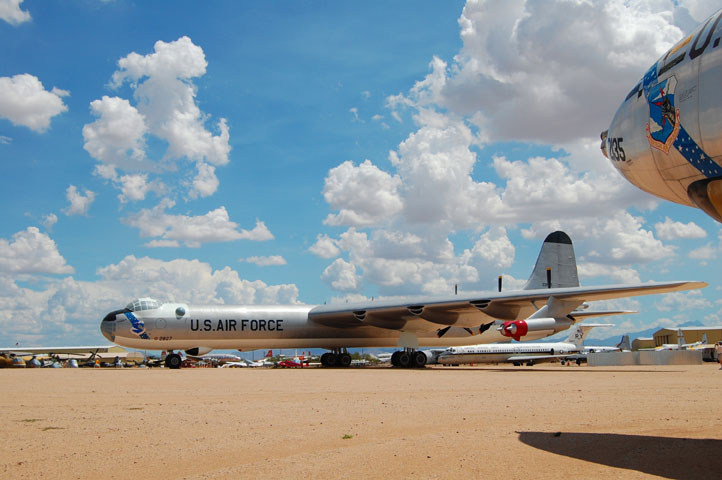 “In my personal opinion, our fundamental services need to come first,” said Tolli Thomas, treasurer of the Wedgwood Square Neighborhood Association. “It seems unusual that we would prioritize an aviation museum that we’ve been more than capable of living without.” City pools and the day labor center are closing, 56 city workers were laid off, and the city will shut down its offices for eight extra days over the next year, all because of an economic crunch that forced the council to cut $56 million from its budget.

Under the plan developed by a city task force, the museum is to open in 2016 at Alliance Airport. Over the next 10 years, the city will set aside a portion of its income from gas wells drilled under three city-owned airports – Alliance, Meacham, and Spinks – in a fund that will be invested to pay operating costs for the museum.

However, before the museum can become a reality, there are still major obstacles to overcome. One is proving that the Fort Worth public would support such a museum showcasing local aviation history. The other is raising $115 million in construction costs from private sources.

And along the way, the city may lobby  for changes in the federal regulations requiring that mineral profits from airports be spent only to benefit the airports and aviation-related projects. In Fort Worth’s case, Barnett Shale bonus and royalty payments are far outstripping the level of funding needed to operate the three airports. The idea of asking for changes in the regulations has been raised before, to no avail. But this time, city council member Jungus Jordan said he wants to work on convincing the Federal Aviation Administration to allow that money to be spent on a broader range of transportation projects.

Jordan said he will ask City Manager Dale Fisseler to pursue that change. But even if the FAA were to change its rules, he said, he still wants the city to set aside the $20 million for the museum. “It’s a top priority for me,” he said.

The city has already put $7 million of its drilling income in the museum fund. Jordan said the plan is to put away $2 million every year until the endowment reaches $20 million.

The Southside councilman said he supports the museum because of the important role aviation has played in Fort Worth history. It’s a cause shared by Clyde Picht, Jordan’s predecessor on the council. Picht, who retired from the U.S. Air Force after a 22-year career that included stints in Vietnam and a last posting at Carswell Air Force Base, is part of a group that has been pushing for such a museum for more than 20 years.

Fort Worth’s connection to aviation dates back nearly a century, to the day a French pilot took off from a field south of the city and flew his bi-plane over downtown, dazzling about 17,000 spectators. During World War I, Fort Worth became a major training hub for the Canadian Air Corps and the U.S. Army Air Corps.

In the 1940s, Carswell and “the bomber plant” were built next to each other in West Fort Worth. While Carswell trained men and women for the Air Force, the bomber plant built thousands of military aircraft. About 15 years later, Bell Helicopter also built a plant in the area, and defense industries continued to grow in importance for the city. Bell developed the “Huey,” a helicopter used extensively in the Vietnam War. Carswell has since become the Naval Air Station Joint Reserve Base, and the bomber plant has gone through several owners and names, from Consolidated Aircraft Corporation to Convair, General Dynamics, and now Lockheed Martin.

Gene Smith, curator of history at the Fort Worth Museum of Science and History, said Fort Worth needs to preserve its strong history of aviation. “Certainly aviation played a major role in its [Fort Worth’s] development, perhaps more so than in other cities,” he said.

Picht, who served on the council from 1997 to 2005, said the idea for the museum has been tossed around since 1987, when the Aviation Heritage Association was established in Fort Worth. The U.S. Air Force gave the group custody of a B-36 airplane to restore. Some members of the group began raising money to open a museum for the B-36, while others worked on the plane. But fund raising went slowly, and eventually the men and women who spent hours restoring the plane created their own group, called the B-36 Peacemaker Museum, of which Picht is president. The group worked to turn a small room at Meacham Airport into a tiny museum.

However, Air Force officials became impatient with the group’s progress and moved the plane to one of the largest aviation museums in the country, the Pima Air and Space Museum in Tucson, Ariz. In the summer of 2007, the city asked the group to vacate the room in Meacham terminal. 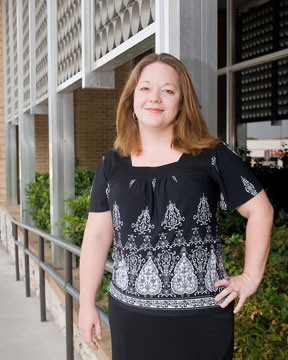 Picht wrote a letter to city council, requesting support for a museum. In January 2008, Mayor Mike Moncrief and the city council appointed Picht and others to a task force to develop a strategic plan for an aviation museum.

The task force hired a consulting company, Lord Cultural Resources of Canada, to perform an 18-month-long study on how to accomplish building and sustaining the museum. The study cost $250,000, paid for by a gift to the aviation department from Fort Worth-based Four Sevens Oil Company. It recommended that the city kick in the $20 million from Barnett Shale profits to create an endowment whose proceeds would help pay the museum’s operating costs. Such a museum, the consultants predicted, could attract about 325,000 visitors a year – not bad, considering that the long established and much broader Fort Worth Museum of Science and History attracts about a million visitors a year.

Assistant City Manager Thomas Higgins said Four Sevens gave the money to the city to help preserve the aviation history of Fort Worth. Higgins described the gift as a bonus for the community and aviation advisory board. The city council decided that money for the study should not come from the general fund, Higgins said.

City-owned museums can be really be money drains, Higgins said, because they usually have to keep coming back for more handouts as operating costs rise, but the Fort Worth council is making this a one-time deal. A board of directors will invest the $20 million, and proceeds from the investments will help pay operating costs, he said. Picht and the others must raise the $115 million to build the museum.

Picht said many museums fail because they don’t stay open enough hours. The aviation museum will be open six days a week, he said, and one of its attractions will be an interactive theater that not only provides a 3-D experience but also provides some of the smells and feels of what is on the screen.

“We want it to be a first-rate museum” that attracts more visitors than just those who are already aviation buffs, he said. Elaborate displays of airplanes and memorabilia would tell the story of Fort Worth’s aviation- and space-related history.

A next step involves a major exhibit planned for 2011 in the science and history museum’s new building. The exhibit, marking the 100th anniversary of flight in Fort Worth, will display pictures, old airplanes, and other memorabilia. Afterward, a much smaller long-term exhibit on the topic will remain.

Higgins said the exhibit is a “testing point” to see whether the community will support such an aviation history project. “If we’re not able as a community to do that, then I would really question, ‘Will we be really be able to build a substantive museum?’ ” he said.

Other museums in North Texas already cover parts of the region’s aviation history. The Frontiers of Flight Museum at Dallas Love Field has dozens of airplanes. American Airlines’ C.R. Smith Museum at the Dallas/Fort Worth International Airport is dedicated to commercial aviation. And the Pate Museum of Transportation on Highway 377 has several military planes in its collection

Picht argues that these museums don’t show the full picture of Fort Worth’s history. “No museum so far tells a complete story of aviation,” he said.

Tolli Thomas, however, still believes Fort Worth can’t afford to save money for a museum during a recession, even considering the FAA rules about use of airport-generated drilling income. “Why can’t the city council go to the [federal government] and talk to them about lightening those policies in order to allow those cities to use the money more beneficially?” she said.

Tina Bush, secretary for Wedgwood East Neighborhood Association, said the city should have at least tried to find a way to apply the money to more basic needs in the budget, instead of cutting “good core programs.”

“I guess it [a museum] would have been OK at a time and a place when we could afford this luxury,” she said.