The third Lone Star International Film Festival kicks off this weekend, and festivalgoers will be seeking something to match the awards buzz of 2007’s Before the Devil Knows You’re Dead, the crowd-pleasing tendency of last year’s Sunshine Cleaning, or the cool factor of last year’s Let the Right One In. 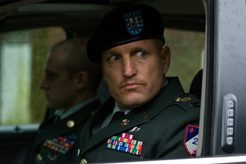 The best chance at any of that looks to be Serious Moonlight, from a script that Adrienne Shelly finished writing before her murder. Her Waitress co-star, Cheryl Hines, took charge of trying to get the script filmed and, at the suggestion of a studio executive, wound up directing it herself, her first such experience. The movie stars Meg Ryan as a New York lawyer who duct-tapes her husband (Timothy Hutton) to a toilet when he tries to leave her for a younger woman. Justin Long and Kristen Bell co-star, so that’s quite a bit of star power.

The festival won’t be lacking that quality elsewhere, either. You can see Luke Wilson as an embattled professor in Tenure, Woody Harrelson as an Army officer tasked with informing families of their loved ones who have been killed in Iraq in The Messenger, and Ed Harris as a father trying to reconcile with his pro baseball-playing twin sons in Touching Home. Fans of “mumblecore” will be interested in Ry Russo-Young’s You Won’t Miss Me, though early reviews peg this drama as quite a bit angrier than the movies made by Russo-Young’s colleagues. Esteemed Irish playwright Conor McPherson pitches in a film called The Eclipse, though we’d like to see him turn a few creative twists on the movie’s standard “horror novelist starts to experience horror in his real life” plot. The shorts and documentaries should throw us a few surprises, too.