This whole decade has been pretty much a waste for Robert De Niro. A lucrative waste, but even so … 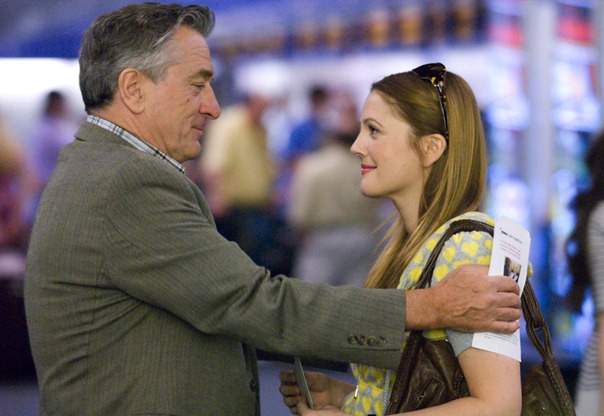 Having dazzled the film world in the 1970s, the actor spent the ’00s either parodying his tough-guy image in comedies (Analyze That, Meet the Parents) or giving less-than-memorable performances in less-than-memorable thrillers (Righteous Kill, Hide and Seek). Last year, though, he gave a fine performance as a decent everyday sort of fellow in last year’s Hollywood satire What Just Happened. He’s not quite as good in Everybody’s Fine, but again he’s giving off signs that his instincts as an actor aren’t totally dead.

He plays Frank Goode, a recently widowed, retired telephone lineman with a strained relationship with his four grown kids, who confided their problems to their mother. When his children all invent excuses for missing a late-summer reunion at his house in upstate New York, he decides to throw some clothes in a bag and drop in on his kids unannounced. As he visits them in turn – an ad executive in Chicago (Kate Beckinsale), a touring orchestra musician (Sam Rockwell), and a professional dancer in Las Vegas (Drew Barrymore) – he finds that they’re all lying to him about their lives because they’re afraid of disappointing him somehow. He picks up the clues in each case, but he doesn’t twig to the one thing that they’re secretly conspiring to hide from him, which is that their lost screw-up of a brother has embroiled himself in deep drug-related trouble in Mexico.

A remake of a similarly titled 1990 Italian film directed by Giuseppe Tornatore, (with Marcello Mastroianni in the De Niro role), this movie is being sold as a bright cheery Christmas comedy when it’s actually a bittersweet meditation on parents’ expectations for their children. I must admit I haven’t seen the original, but it wouldn’t surprise me if that were the source of the movie’s refreshing non-Hollywood flourishes. Thankfully, Frank doesn’t go on a south-of-the-border rescue mission for his missing son. He also never openly confronts his kids about their prevarications, instead subtly letting the Vegas dancer know that he’s OK if she’s in a lesbian relationship.

Then again, she is hiding an even bigger secret that really would warrant getting upset about, and Frank doesn’t react much to that, either. The character seems too passive to do much about anything that he learns, and De Niro exercises too much restraint in his performance, most noticeably in the big climactic scene in a hospital. There are other parts of this movie that really don’t work, like Frank’s minimally violent encounter with a mugger (Brendan Sexton III) or his hallucination late in the film that reveals everything that’s buried.

So this movie comes up a bit short, especially compared to the upcoming Up in the Air, which is also about a man who spends most of the movie traveling. The nonprolific writer-director Kirk Jones (this is only his third movie in 10 years) keeps things moving and keeps you reasonably engaged with his straightforward treatment of this grown-up material. That makes Everybody’s Fine a watchable example of the sort of drama that Hollywood doesn’t make anymore.