I’ve been drinking in this town for about 10 years. I wouldn’t say I’ve been to every single watering hole, but I’ve been to a lot of them. After all this time and all those bars, the same thought crosses my mind every time I wobble over the threshold of my own door: Man, I smell like ass. Or, more specifically, like butts: cigarette butts. 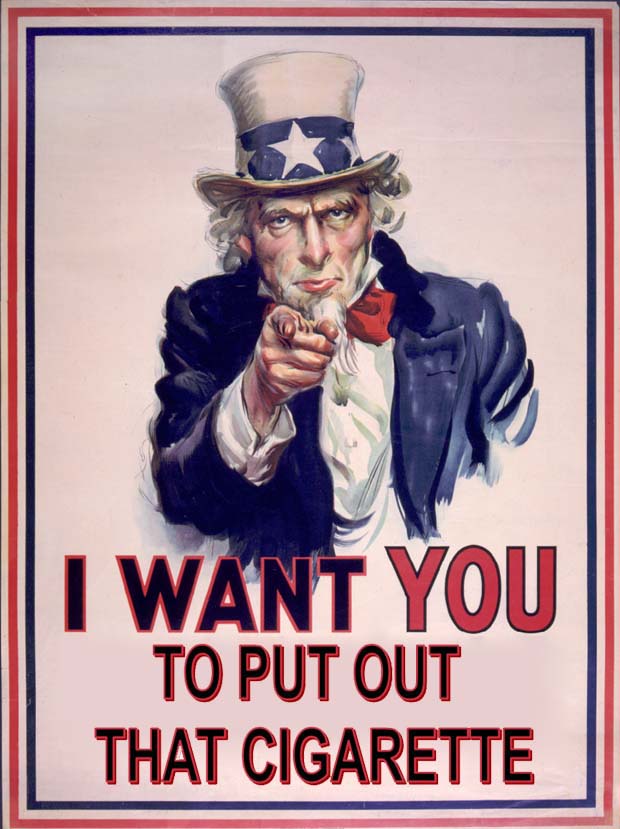 If you are blessed with a penchant for booze, you know what I’m talking about. Even if you don’t smoke, and even if you spend most of a night out on a bar’s patio or roof, your comparatively brief moments spent inside getting refills are tainted with the deathly gray haze of cigarettes.

Fort Worth’s current smoking ordinance prohibits smoking in all enclosed workspaces except outdoor patios (within 20 feet of a window or door), bar-bars, and, uh, bingo halls. If that isn’t good enough for you (and it’s not for me), then you should probably get used to getting trashed at a bar/restaurant like Chili’s. It’s a matter of picking your poison, though. If you drink at Chili’s, for example, you’ll come home smelling like fajitas.

I don’t really like fajitas, so I guess I’ll stick to drinking in dives, smoke or no smoke. I’d like to tell you that the city’s ordinance is set for expansion (and I’ve certainly heard the rumor), but after speaking with Sgt. Pedro Criado of the Fort Worth Police Department, I cannot, which really bums me out. I really wanted to believe the rumor was true (see also: Santa Claus, The Elder Scrolls V). Most major American cities — Austin, Dallas, Los Angeles, New York, El Paso (!) — have banned smoking altogether inside bars, but Fort Worth is going to stick to doing things the Fort Worth Way, to quote Mayor Mikey, which means “not upsetting the status quo” (or, as in relation to gas drilling, “pissing people off but only after several closed-door meetings“). Heaven forbid Fort Worth do anything like Dallas other than crowd the skyline with empty condos and commercial space. Is that why we don’t have a total ban? Because we don’t want to be like Dallas? Do bar owners here really believe that people will stop going out to drink if smoking is not allowed? Is there any legitimate reason to stay rooted in this particular past?

Oh, sure, if you’re a smoker, you have plenty of reasons. I know because I’ve asked. What I’ve found is that most of the arguments in favor of smoking in bars are either about clinging to vices or holding fast to the petulant-teenager logic of “It’s my body, and I can do with it what I want.” That one kills me (figuratively speaking only, I hope) because while I’m pretty much of a libertarian when it comes to what people do to themselves I am not so free-thinking with what they do to me. In the case of others’ cigarette smoke, they are making me do more laundry, and, frankly, I’m getting pretty sick of it. I have only so many dress t-shirts.