The Shortest Distance is an alias for activist Ramsey Sprague, an early driving force behind the 1919 Hemphill radical arts/educational collective. Folks might not realize that Sprague is also a singer-songwriter who has performed with poet-organizer Tammy Gomez, among others. He chose to release this album digitally via the free publishing platform bandcamp.com “so as not to increase my climate-change footprint,” he says on his web site (theshortestdistance.info), where listeners can stream tracks for free and download the album on a set-your-own-price basis. 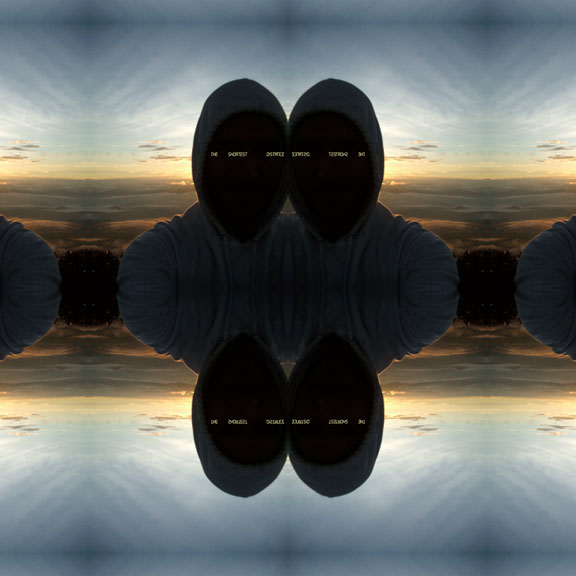 ((If I See At All)) was recorded solo in Sprague’s Southside apartment, using minimal resources to create a layered, multidimensional soundscape. Sprague overdubbed his voice and acoustic guitar, using handclaps and slapped guitar strings to create percussion effects. The music is modern urban folk. To these ears, its precursors include a pair of doomed ’60s savants: martyred folk-poet Phil Ochs and folkie-turned-psychedelic jazzbo Tim Buckley. If those comparisons seem far-fetched, listen to the tortuous melodic twists and turns that Sprague pushes his voice through on “The Great.” There are clever production touches like the snippet of Tuvan throat-singing that opens “Circumstantial Certainty” and the simulated animal noises leading into “The Simple Life.”

Sprague has a lot on his mind — the world and our place in it – and can be as logorrheic as early Brooce Springsteen. On “Things That Start,” Sprague overlays the signature riff from the late-’60s R&B standard “Expressway to Your Heart” with lines like “Through an endeavor that remembers their fear of a language that carves their sex away.” His delivery on “Honestly?!” pushes existential angst to new limits. But on the manifesto “Better Ways,” he crafts a syncopated setting that matches his word torrent. And on “Actors,” he even rawks out: acoustic doom-metal! Overall, an edifying spin.