Part of the fun of this job is scoping out new talent, so here’s my favorite films of 2009 directed by first-time feature filmmakers. I decided not to include documentaries in this list. Oh, and No. 6 on the list is out on DVD today.

1. (500) Days of Summer (dir. Marc Webb): Romantic comedy is hard to do well, and the delicate tone of this piece is particularly hard to capture. Music video veteran Webb does it to something like perfection, especially in this great, joyful dance number.
2. Zombieland (dir. Ruben Fleischer): Making short films for the internet can be great practice for features, but the ambition and panache of a comedy like this is something that you either have or you don’t.
3. District 9 (dir. Neill Blomkamp): Trained as an animator in Canada, the 30-year-old went back to the country of his birth and helped put it on the cinematic map with this sci-fi action hit.
4. The Messenger (dir. Oren Moverman): The former Israeli Army officer Moverman brought his experience informing families of casualties to this American drama. Overshadowed by both The Hurt Locker (as an Iraq war film) and by Up in the Air (as a movie about bearing bad news), this centerpiece of the Lone Star Film Festival would have been an awards contender in another year.
5. Paranormal Activity (dir. Oren Peli): Wow, a great year for filmmakers named Oren. The video game programmer took his little horror flick and promoted it exceptionally well. The movie as a whole might be a little wispy, but there’s no denying the shivery power of those sequences filmed in the couple’s bedroom.
6. Moon (dir. Duncan Jones): David Bowie’s son may have decided to continue his dad’s adventures of Major Tom. This bendy little science fiction flick was shot on the cheap but is no less satisfying for that. Sam Rockwell gives a great unheralded performance, as does the robot voiced by Kevin Spacey.
7. A Single Man (dir. Tom Ford): The fashion designer turns out to have talent as a movie director, too, with this reverie-like film that drifts too much in spots but nicely captures the anomie of a widower trying to find a reason to live without the man he loves.
8. Crazy Heart (dir. Scott Cooper): Everyone’s talking about Jeff Bridges and the music here, but sometime actor Cooper has a real feel for the dive bars and crappy cowboy joints that his hero is reduced to playing.
9. Whip It (dir. Drew Barrymore): By all means, let’s have more actresses do like their male counterparts and get into the director’s chair. This roller-derby film’s script is as flimsy as its source, but Barrymore’s energy and talent at handling her cast make you wonder what she could do with better material.
10. Grace (dir. Paul Solet): Fresh out of Emerson College, the recent graduate first made this as a short film and then turned it into an effective horror feature seething with female issues.
Honorable mention: Robert D. Siegel’s Big Fan, Alex Rivera’s Sleep Dealer, Cary Joji Fukunaga’s Sin Nombre. 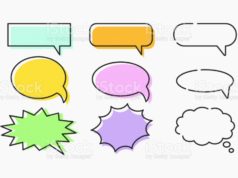