Home Calendar Big Ticket Students on Stage
SHARE
Facebook
Twitter
It may be August, but if you think the colleges have gone quiet when it comes to performing arts, UNT is going to prove you wrong. 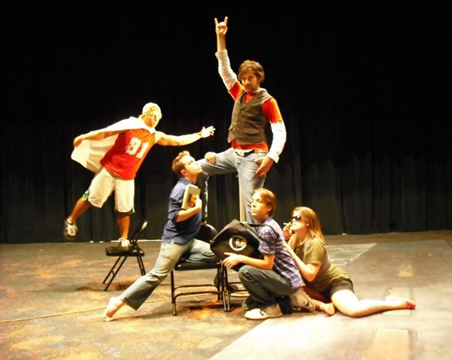 The UNT Summer Season runs for only two weekends, but it’s mounting world premieres of three dramatic works and one dance piece, all directed and most of them written by university students. John Martone’s Fourth Wall is about a family having dinner together who are aware of the audience’s presence. This Pirandellian exercise could be fantastic, or it could crash and burn.

The same could be said for David Hanna’s An Offering, based loosely on the biblical story about the Tower of Babel. The builders lose the ability to be understood by one another and the audience – the onus will be on the actors to communicate via body language and tone of voice.

Chelsea Kubiak’s dance work, Ode to a Mattress, is an imaginative fantasia on the significance of dreams, which makes it a possible match for the Hip Pocket Theatre production opening this week (see Sunday blurb).

The three aforementioned stage works give way next weekend to Roberto Aguirre-Sacasa’s provocatively titled Say You Love Satan, the only piece written by a professional playwright. It’s about a gay man whose new boyfriend gives him the worrying news that he’s the son of the Devil himself. Shades of the South Park movie! If there are any musical numbers in this thing, we’re so going to be there.