Composer John Kander and lyricist Fred Ebb were introduced to each other in 1962, and their collaboration for the musical stage lasted even beyond Ebb’s death in 2004: A musical based on the Scottsboro Boys case opened Off Broadway last month with original songs by the duo. 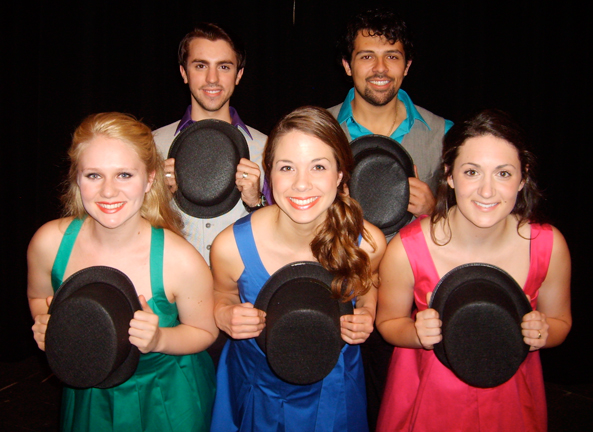 We can expect that show to make its way here in a few years, but in the meantime, Theatre TCU is staging And the World Goes ’Round, a revue of Kander and Ebb’s songs that was compiled in the early 1990s.

There’ll be no shortage of familiar tunes. The show contains Kander and Ebb’s best-known songs from Cabaret, Chicago, and the 1977 film New York, New York, which showcase their coruscating satirical wit and expansive good cheer. Casual theatergoers may be surprised, however, to discover the strength of their lesser-known stuff. Kander and Ebb could write an attractive ballad (“A Quiet Thing” and “Sometimes a Day Goes By”), and even if those tend to sound the same when placed next to each other, it’s still something the songwriters aren’t known for. In a more humorous vein, “Coffee in a Cardboard Cup” was written in 1970 but seems made for a Starbucks world, and “Sara Lee” pays tribute to the joys of refrigerated pastries. There’s an Andrew Lloyd Webber revue running in Dallas this week as well, but we’ll gladly take this show right here.