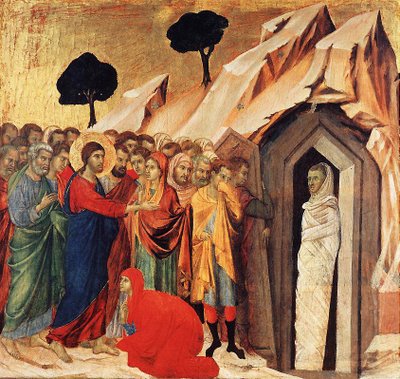 A rare medieval piece in the Kimbell’s collection, Duccio’s Raising of Lazarus receives close attention from UT-Dallas professor Mark Rosen. In his lecture An Elevated Subject: Duccio’s “Raising of Lazarus” in Its Visual Tradition, Rosen focuses on other depictions of this biblical story that the 13th-century Sienese artist would have known. The lecture is at 12:30pm at , FW. Admission is free. Call 817-332-8451.

If you like your Shakespeare mixed with big-band swing, check out Onstage in ’s production of Much Ado About Nothing. The comedy about bickering lovers is moved to in 1945 and features songs from the period interspersed with the Bard’s wisecracks. The outdoor show runs thru Sun at Trinity Arts Theatre, . Admission is free. Call 817-354-6444.

UNT Glee was formed in direct response to the popularity of the TV show Glee, and now it has the honor of being North Texas’ first university glee club (well, the first in a long time, anyway). The show choir will be performing songs from the TV program such as “Don’t Stop Believin’ ” and “Somebody to Love,” as well as “Thriller” and Lady Gaga’s “Bad Romance.” The performance is at 7pm at UNT Auditorium, . Tickets are $5-6. Call 713-705-3051.

Fort Worth Symphony Orchestra closes out its season with high-powered violinist Sarah Chang, who’ll be in town to play Brahms’ magisterial Violin Concerto. The program also includes Ravel’s orchestration of Mussorgsky’s Pictures at an Exhibition and a Toccata for Orchestra by the Peruvian composer Celso Garrido Lecca. The concerts run Fri-Sun at Bass Performance Hall, , FW. Tickets are $9-78. Call 817-665-6000. 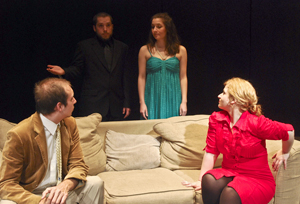 “Hell is other people.” That’s the famous formulation from Jean-Paul Sartre’s No Exit, in which the souls of three recently deceased people find their afterlife to be a stuffy, overdecorated living room where their own individual neuroses are the source of eternal torture. Sundown Collaborative Theatre’s production of this play runs May 6-15 at TWU Redbud Theater, . Tickets are $8-10. Call 214-729-0313.

Opening for Cinco de Mayo, Mexico: Festival of Toys is the latest exhibit at the new Fort Worth Museum of Science and History. The show features toys from south of the border, portraying them not only as objects for playing but also as parts of holiday celebrations, indications of Mexico’s different ethnic groups, and works of folk art. The show runs May 5-Aug 10 at , FW. Admission is $10-14. Call 817-255-9300.

With everybody in the AL West muddling along at close to .500 in the season’s early going, the Texas Rangers have an opportunity to pick things up. Following a weekend series with the eternally ineffectual Kansas City Royals, this midweek they host the A’s, whose offseason improvements haven’t quite taken. The series runs May 11-13 at Rangers Ballpark in , . Tickets are $3-134. Call 817-273-5100.