The Where House is a newish arts space near 1919 Hemphill that’s hosted some interesting happenings lately — a string that will continue on Saturday. The Orbans –– about to release their startling ambitious and alarmingly well executed new album, When We Were Wild –– will be playing there with Chatterton, RTB2, Quaker City Nighthawks, and Adrian Hulet (formerly of oso closo). 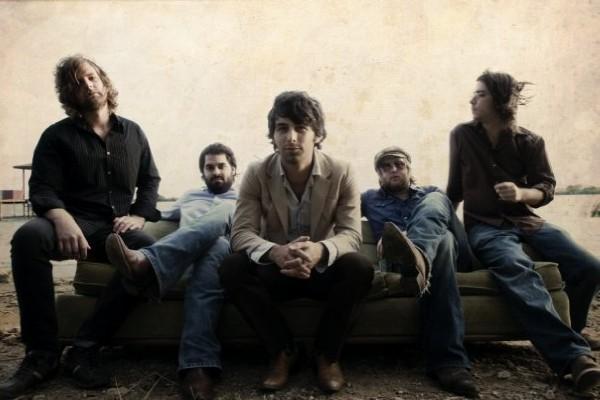 Doors open on the House at 2510 Hemphill St. at 7 p.m., and the show is for 21-and-up. Admission is $10 at the door, and there’ll be an open bar. Yes, there also will be bathrooms, and the sponsors, Buffalo Trace Saloon bourbon, are warning potential concertgoers to obey the nearby parking signs. Excellent Fort Worth artists, a $10 cover, and an open bar? Well, now you know what you’re doing on Saturday night.

On Wed., May 26, a little bit of Copenhagen will come to Fort Worth, when the Denmark artist known as The Migrant performs with Fort Worth’s Clint Niosi at Lola’s Saloon-Sixth (2736 W. 6th St. in the West 7th Street corridor, 817-877-0666). Last fall, The Migrant recorded an album with The Theater Fire’s James Talambas (HearSay, Feb. 17, 2010). Amerika will be out next spring. For the Lola’s show, Talambas will join the backing band with which The Migrant is currently touring the states.

On Friday at The Moon (2911 W. Berry St. by TCU, 817-926-9600), Fort Worth pop-punks Cityview will mark their return of sorts, no doubt trotting out a lot of stuff off their superb new album, Big On The Inside, recorded by producer Ed Rose (The Get Up Kids, The Appleseed Cast, Motion City Soundtrack). A portion of the night’s proceeds will benefit Operation Kindness, a nonprofit animal welfare organization.

Another Fort Worth artist with new stuff on the way is roots-rock singer-songwriter Keegan McInroe, whose forthcoming album, From the Wall & In the City, features contributions from literally a roomful of 817 artists, including Ginny Mac, Daniel Katsük, Justin Pate (The Orbans, Pablo and the Hemphill 7), Scott Copeland, Darrin Kobetich, Catfish Whiskey (Johnny Goodson, Michael Maftean, and Travis Dixon), three guys from Rabbit’s Got the Gun (Forris Massey, Kewaithian Freeman, and Justin Baisden), Matt Skates (Ginny Mac, Shuttle), Mark Lettieri, Ronny Ellis, and Sarah Blacker, a singer-songwriter from Boston (HearSay, April 7, 2010). McInroe will celebrate the release of From the Wall & In the City on Tue., May 29, at Lola’s-Sixth.

Planting the seed: Our 13th Annual Fort Worth Weekly Music Awards festival is right around the corner. The event, as always, will be free and will take place on Sun., June 27, in the West 7th Street corridor at six locations: Capital Bar, Fred’s, Lola’s, Poag Mahone’s, The Pour House, and 7th Haven. We’ve already got some killer bands lined up, including Calhoun, Dove Hunter, The Burning Hotels, Chatterton, The Orbans, Whiskey Folk Ramblers, Pinkish Black, Titanmoon, The Dangits, Jason Worley, and Browningham. A total of 36 bands will play. The full lineup will be announced in a couple of weeks. Be on the lookout for the ballot in the May 26 issue.