I realized the other day that I need to pay more attention to pop music, because in another 10 years, the set lists of cover bands are going to adjust themselves, and at my current rate of absorption, I will have very little to relate to. 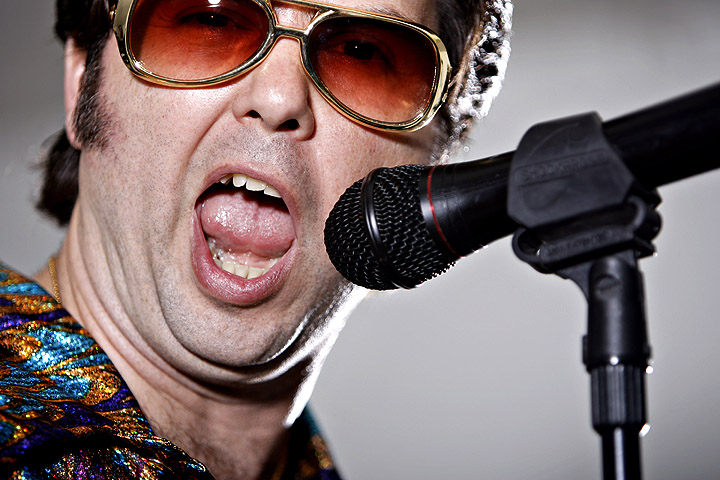 See, I was at The Grotto last Wednesday for the express purpose of watching what I understood was a ’90s cover band. They called themselves Keepin’ It Real –– within the context of my assumptions about their covers, I tried really hard to remember whether or not people said “keepin’ it real” a lot back in the yesteryears of flannel and extreme sports. But they were playing Lenny Kravitz’ “Are You Gonna Go My Way,” so instead of answering that first question for myself, I got distracted instead by trying to figure out whether or not the drummer in that video was wearing a wig or a huge Afro. I know I never regularly informed people about how I was keepin’ things, but you might have, so whatever. At any rate, while I was there, Keepin’ It Real covered a Jimi Hendrix song as well as the first Franz Ferdinand single, so I figured that “Keepin’ It Real” was just a fun name, given that the set list meandered through the past 40 years. As the band bashed through a-ha’s “Take Me On,” I wondered what current music I don’t really know now might end up baffling me in the near future. Would this band play something from last summer tonight, and would I mistakenly assume it was an original?

I never got to find out, because about that time I got a text from Weekly scribe and Rivercrest Yacht Clubber Eric Griffey summoning me to the Poop Deck.

When I got to the Poop Deck, Griffey was there with a couple of local musos, Carey Wolff and Neil Schnell, as well as Neil’s two nephews. We shot the shit for a bit and downed a couple drafts, and then Griffey suggested we leave for someplace nobody had been before. I was to be the lead car, and the only place I could think of that didn’t require us driving all over town at 1 a.m. was this place on McCart Avenue called Dos Amigos.

Dos Amigos was dimly lit and divey, but it wasn’t a ’70s neighborhood dive, though it did have karaoke like most ’70s neighborhood dives do. Except instead of The Beatles and Sinatra and George Strait, this karaoke was crammed full of hair metal. The DJ, whose name escapes me, had long hair and leather pants, and he and his old lady ran the karaoke night with the aplomb of a popular Vegas lounge act. Though there were probably only 10 people in the bar, the DJ and his wife rocked it as if there were 100. They also had their own bottle of tequila. He sang Whitesnake (drenching himself in reverb), and she and her friend sang Alanis Morisette. I wondered what Keepin’ It Real was up to.

I went to get a drink when Griffey grabbed the mic. I think he sang Depeche Mode or INXS or something. I don’t really know because Danny the bartender presented me with a bowl of chips and homemade salsa, and snacks always monopolize my attention. Strangely, there was also a bowl of fresh fruit on the bar, but I left it alone.

We were having fun, and I found out that Dos Amigos is packed on weekend nights and that it regularly features Tejano music. I forgot to ask if the Tejano was dee-jayed or en vivo, but either way, it would all be new to me. As last call neared, we asked Danny for a recommendation for one last stop. He ticked off some names and locations, so we settled our tabs and headed for what sounded like the closest one, but it didn’t exist. I left the guys at a taco place on Hemphill and headed home. Just for fun, I turned my radio dial to The Edge, half expecting to hear a hit from a ’90s cover band’s set. It was a commercial for a strip club. I drove home in silence.
–– Steve Steward