One of Chow, Baby’s valiant attempts to impose order on the food universe is its gyros classification system. It’s pretty straightforward: Class A is slabs of lamb and/or beef that have been marinated in a secret family recipe and then lovingly hand-stacked on an upright rotisserie spit for broiling. Very old-country; we don’t see it too much around here. The modern standard is to get a huge pre-formed, pre-spiced cone-o’-meat-mash from Kronos Foods, the country’s leading gyros supplier, and slide that onto the spit.


Usually Kronos gyros taste just fine (Class B to B+), though if you’re not careful the meat can overcook to the cardboard stage (Class Terra Mediterranean). Class C gyros would be your thin, pre-sliced Steak-umm-type meat that shows its cooked-from-frozen shame in its lack of moisture and flavor. We don’t like these so much. 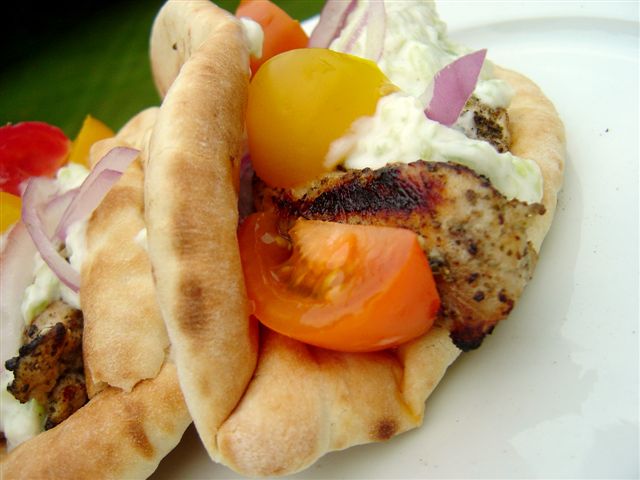 Simple, clean system, right? And it’s worked for years, every gyro falling neatly into its A, B, or C place. Until Chow, Baby entered Shaza (2135 Southeast Pkwy., Arlington), noticed gyros ($4.99) on the menu, and peered into the kitchen for the spit. No spit. Bad news? Maybe not. As Chow, Baby pretended not to watch, Cookie pulled a Kronos conic section from the fridge, hacked off some chunks, and grilled them up with onions, tomatoes, and a few secret spices before folding all into a warm, thick pita and drizzling it with housemade tzatziki sauce. Absolutely wonderful, it was. So it’s a B that’s used as a C but tastes as good as an A? Categorically frustrating.

At least Chow, Baby is able to categorize Shaza itself. In a new, crisply clean strip mall just across the parkway from Tarrant County College’s southeast campus, the restaurant caters to its mostly student clientele with burgers (starting at $1.99), hot dogs, fried chicken, and pizza. Sprinkled though the menu, though, are more interesting items: chunky hummus ($1.99), coarsely chopped tabouli ($2.49), the baba ghannouj-like mutabbal ($1.99), and masterfully marinated and grilled chicken in the shawarma pita ($4.99) and shish tawook ($6.99). That pigeonholes Shaza as a small, family-run, inexpensive, hospitable and friendly Syrian-American restaurant — an easy A.

Bummer. Chow, Baby’s favorite-named barbecue joint, Ike’s C U Later, has shut its doors, stealing away possibly in the dead of night with its recipe for the spiciest homemade sausage in town. The garage-like building now houses Stop 6 Bar-B-Que (4708 E. Rosedale St.), which gets no points for imaginative naming but several for its big, meaty, peppery-rubbed ribs ($8 plate) and its sweet-smoky sliced brisket ($11/pound). Homemade sausage ($4.50 sandwich) seemed a bit wimpy at first, especially if one is reminiscing about Ike’s bash-you-over-the-head heat, but Chow, Baby warmed up to it quickly.

Chow, Baby’s last menu stop was a four-star wowzer: crispy-skinned, spicily rubbed, beautifully moist barbecue chicken ($5 plate) (and another $5 for Chow, Baby’s second plate; it was that good). Goes great with creamy potato salad and sweet baked beans, finished with dense raspberry 7-Up cake ($2). As much as Chow, Baby would like to C Ike come home, it’ll certainly stop by Stop 6 again.