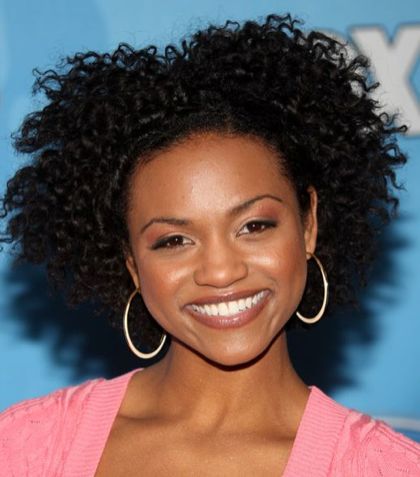 Former American Idol finalist Syesha Mercado stars in Dallas Summer Musicals’ production of Dreamgirls running this month. As usually happens with stage shows that spawn successful movie musicals, the actors have to compete with their more famous predecessors in the roles, but the stage spectacle will feature more of the music. The play runs thru Jul 18 at Music Hall at , 909 1st Av, . Tickets are $25-80. Call 214-631-2787.

Amphibian Productions lightens the mood with Billy Aronson’s sex farce The First Day of School, which concerns a married couple who decide to have sex with other people on the day that they drop their kid off at kindergarten. The inner monologues that result when they proposition various other parents are dripping with neurosis, fear, intrigue, and desire. The show runs Jul 8-25 at Sanders Theatre, , FW. Tickets are $15-25. Call 817-923-3012.

Contemporary Dance/Fort Worth (see: Saturday blurb) isn’t the only place to see narratives unfolding silently in front of you. Hip Pocket Theatre unveils Etiquette Unraveled, a pantomime drama by and Chad Lynch that incorporates puppetry and dance. It’s only running for two weekends, though, so clear out your schedule. The show runs Jul 8-18 at , FW. Tickets are $5-15. Call 817-989-5057.

The 7th Annual Modern Dance at the Modern program by Contemporary Dance/Fort Worth kicks off today with a choreographers’ showcase. See works by dance creators from as far afield as and . In the three weekends ahead, the festival will include lectures, film presentations, and improvisational dance “happenings.” The dance performances are at 8pm Sat-Sun at , FW. Admission is free. Call 817-922-0944.

Despite a wooden lead performance by Hurd Hatfield, the 1945 film of The Picture of Dorian Gray remains a delectable adaptation of Oscar Wilde’s novella. Albert Lewin’s movie features great performances by George Sanders (who was born to deliver Wilde’s bon mots), a 19-year-old Angela Lansbury as the doomed chorus girl who falls in love with Dorian, and Ivan Albright’s garish painting of the portrait that reflects Dorian’s sins. The movie screens at 2pm at Fort Worth Central Public Library, , FW. Admission is free. Call 817-871-8323.

The National Cutting Horse Association’s Summer Spectacular gets under way on Sunday. Today the senior youth competition (that sounds like an oxymoron, doesn’t it?) takes center stage at Watt Arena. The event runs Jul 11-31 at , 3401 W Lancaster Av, FW. Tickets are $8-10. Call 817-244-6188.

Levitt Pavilion is the place to catch live music for most of this summer, but performing arts groups are holding the stage as well on Tuesdays. Today, the Connecticut Ballet will perform both classical and modern repertoire. It should be interesting to see what kind of work they’re doing up in . The performance is at 8pm at . Admission is free. Call 817-543-4301.