What do you get when you combine baloney Irishness, deep-stained oak, shitty service, and a bar that reeks a little? If you answered, “The old Bennigan’s downtown!,” you’d be right, but you’d also be living in the past, since that place long ago went the way of American Motor Company and LJN Toys. The correct answer to this riddle is Delaney’s Irish Pub. While I really wanted this place to be awesome, it failed in one totally crucial way. 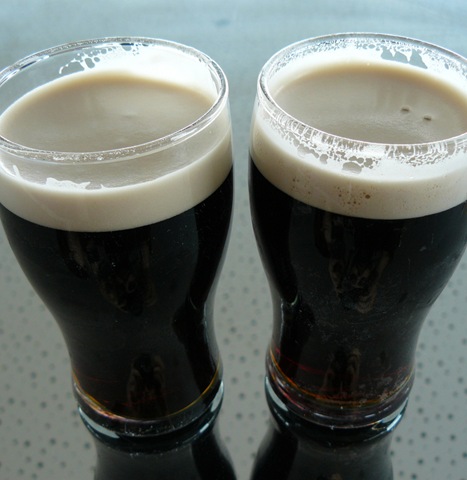 I was a little ’hood-rich on Friday, and I was looking forward to blowing some cash on a bunch of beers. After dinner at El Asadero on the North Side, I headed out with three friends in pursuit of a good time. One of my friends had promised this dude that we’d go check out his band at Froggy’s on White Settlement Road. I don’t know what the band was called, but they sounded sort of like the Black Crowes –– if Rich Robinson wore a K-Fed fedora and Chris Robinson stole all (not just some of) Mick Jagger’s moves. The band was decent but mostly forgettable, though the fedora guy did wring a couple of cool riffs out of a pretty sweet Gibson SG. I don’t go to Froggy’s often, but the regulars know how to party, the drafts are cheap, and the employees are all pretty nice. We each drank a beer and headed on our way.

I think it was still pretty early when we left. The band started around 10 p.m.; we’d only listened to a few songs, so it was probably 11 when we rolled into Delaney’s. This being a new bar and all, I’d been meaning to cruise by for investigative purposes, and one friend had mentioned how there was a line of hot chicks filing inside when he’d driven by earlier in the night. We should have stayed at Froggy’s.

The first thing I noticed about Delaney’s was its square footage. Like Dr. Who’s TARDIS, Delaney’s is way bigger inside than it appears from the street. The room is a sepia-toned expanse that goes on for what seems like a mile, if I had to count the tall tables on the floor, I’d give up after about a thousand. I can only imagine what it would have been like if it had been packed.

Thing is, Delaney’s wasn’t packed. Oh sure, there was a pretty good-sized crowd, and, yes, there were a bunch of hot girls there, but most of them were on the arms of pastel-shirted college dudes. In other words, either TCU kids have found a new hangout or Easter comes twice a year now. Whatever the case, the joint was full but not so busy that we couldn’t get a drink. Or so we thought.

Standing at a bar for a long time without getting a drink is unpleasant enough, but standing at a bar that smells like lacquer without getting a drink is way worse, especially when the lacquer smells a little bit like an underwater fart. I counted three bartenders (maybe even four), yet not one of them made eye contact with any of us. I am 90 percent sure that none of my friends possesses the ability to become invisible. I am just as confident that we hadn’t gotten trapped in some state of limbo, and I know we weren’t getting hauled around by the Ghost of Christmas Present. Given those certainties, I am forced to suspect that the bartenders saw a collection of long hair, beards, and a Me-Thinks t-shirt and hoped we’d go somewhere else. After ignoring us for at least 15 minutes, the bartenders got their wish, because we left, walked down to 7th Haven, and had a blast –– throwing cash around freely, happily –– and we finished the night at Lola’s Saloon, where 1100 Springs did, among other amazing things, a spot-on cover of “Safety Dance.”

I’ll give Delaney’s another try in a couple weeks but only because I don’t like to see businesses fail. Fort Worth is a pretty eclectic town, full of lots of kinds of people, and if you want to keep your lights on, your bar needs to pour drinks for everyone –– not just the pastel-shirt-wearers and their arm jewelry.
— Steve Steward