Holidays promote a plethora of bad puns among writers and those who pitch stories to writers, so Static was neither surprised nor particularly amused when Environment America issued a report this week entitled “Gobbling Less Gas For Thanksgiving: How Clean Cars Can Save Americans Money And Cut Oil Use.” The nonprofit group’s report estimates that Americans will spend $418 million at the gas pump during the Thanksgiving holiday weekend, going over all those rivers and through all those woods. 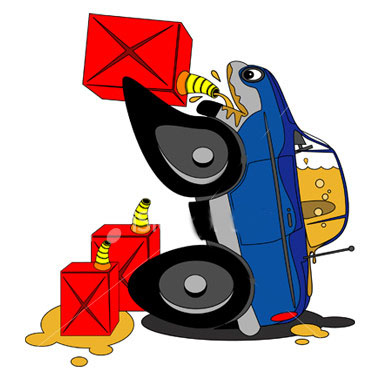 Their real point: If everyone drove cars that got 60 mpg instead of the current average of 26 mpg, Americans would save $234 million at the pump and cut gas consumption by 80 million gallons just on one holiday worth of travel. Texas would rank second only to California for the largest consumer savings and reductions in gas consumption, should the 60-mpg vehicles dominate our highways. (The report’s author did not consider that Uncle Buck and Aunt Moo Moo add at least 10 percent to their body weight after three days of gorging on turkey sandwiches and pumpkin pie, and that added weight would cut down on a car’s fuel efficiency.) Still, it’s a sobering report — or it would be if Static were more often sober. How wasteful we are in our gas-guzzling pickups and SUVs.

There are plenty of Americans, including lots who live in Texas, who love to hate President Barack Obama, but his administration is creating new fuel efficiency and global warming pollution standards for cars and light trucks through 2025 that, really folks, will help us all breather easier. Obama’s administration claims American automakers can cost-effectively produce 60-mpg cars. If he were to hold all new cars to that standard — and if everyone were driving them by 2025 — Americans could save $101 billion at the pump each year, the report says.

Naysayers are saying, “Nay, that’s impossible to accomplish.” But automakers are already making hybrid cars that can travel 100 miles on a gallon of gas, and electric cars that can go 200 miles on a single charge. (And a few of these, such as the Nissan Leaf and the Chevy Volt, are within an average family’s price range, running about $25,000 to $35,000 after federal tax credits are applied.) Billions of dollars in fuel savings are within our grasp if we let go of our gas-guzzlers, get greener, and, of course, change our eating habits so that we don’t become a nation of sumo wrestlers unable to fit in anything but one-ton trucks.